Nearly 33 million households on the African continent are involved in smallholder farming. Smallholder farmers have long supplied Africans with safe and healthy foods, making Africa's diets among the healthiest on the planet.1 The situation, however, is changing. Multinational corporations are aggressively trying to take over food systems in Africa (and across the world) through the dumping of cheap, low-quality agricultural commodities – such as skimmed milk powder and broken rice – and by the promotion of highly-processed (or ultra-processed) foods that are causing the rise of diabetes and other diet-related health ailments.2
These corporations are ironically often marketing these foods as being safer than local foods – which are portrayed as being unhygienic. The reality, however, is that the industrialisation of foods in Africa increases the risks of dangerous- and sometimes deadly- food safety incidents.
In contrast, Africa's traditional agroecological farming practices and local food systems have and can continue to provide people with an abundance of healthy and nutritious foods.
A closer look into toxic food chains
Proponents of industrial farming and production argue that this model is the ‘magic bullet’ that will address food insecurity and poverty on the African continent. However, industrial food production ignores health and nutrition values, including known and appreciated standards. There are many stories of expired or contaminated products on the market causing sickness. And even death.
The map below highlights some recent examples of food safety scandals across Africa, showing the dangers to people's health from industrial food production and the displacement of local foods. These cases help reveal how industrial foods generate new risks (with GMOs for example); increase the potential for cross-border contamination, and leave consumers vulnerable to fraudulent actions that affect food safety.
In 2018, for example, a South African company – Enterprise Foods – recalled all its processed meat products from supermarket shelves after it was established that contaminated meats from their Polokwane Factory had caused what was branded as the worst outbreak of listeriosis in the world. In just one year, 218 people lost their lives and 1,065 fell ill because of the meat products. Because this recall only took place within South Africa’s borders, the effects on people in other African countries where this product was shipped will never be known.
Babies have also been affected by this profit-oriented industrial food production. In 2017, France-based Lactalis recalled 12 million baby milk products after one of its plants in France was determined as being the source of a Salmonella Agona outbreak. Although authorities stepped in to suspend the export of these products, the product had unfortunately already been shipped and distributed to 30 African countries. 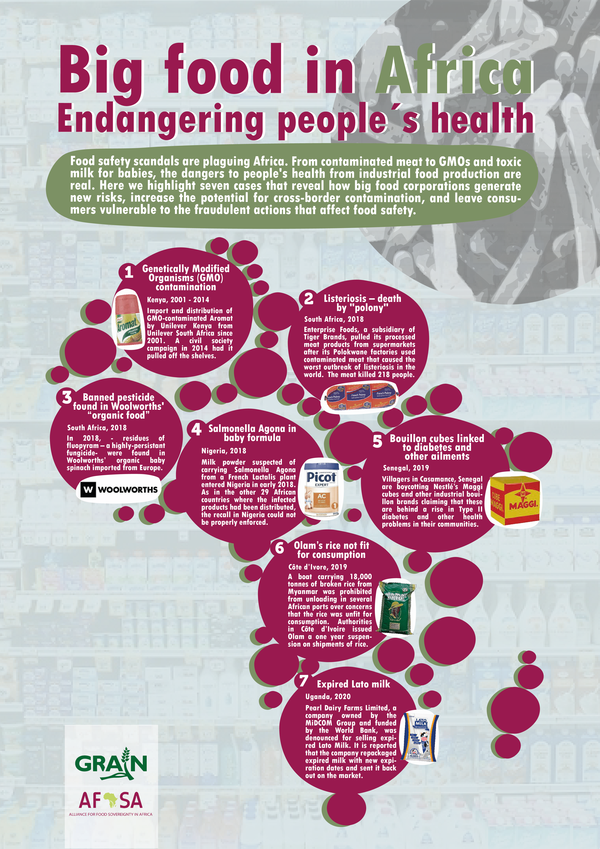 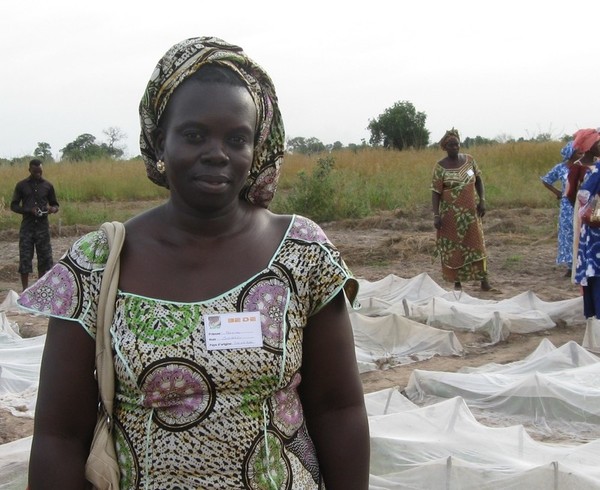 Mariama Sonko
But however positive their contribution to the community may be, the future is uncertain for Nous Sommes la Solution. A series of national administrative procedures, regulations and standards adapted for agroindustry is barring their legal recognition and certification.
Other community initiatives across Africa (and the world) who are pushing back against the industrial food chain are also facing similar challenges. If states are not actively withholding support to assure the viability of these types of projects, they are throwing obstacles at them while lending a hand to agroindustrial corporations. A high price to pay, not only in terms of public health, but also for environmental protection and social welfare.
Evidence across the continent shows that the industrial food system is not concerned with the health and nutrition of people in Africa. As long as it has a market for its products and maximises profits, everything else tends to fall by the wayside. Agroecology and food sovereignty however, are centred on ensuring health and nutrition across the food production, processing and marketing network - not only for individuals, but for communities and the environment.
1"Dietary quality among men and women in 187 countries in 1990 and 2010: a systematic assessment," Fumiaki Imamura et al., The Lancet, March 2015: https://doi.org/10.1016/S2214-109X(14)70381-X
2Andrew Jacobs and Matt Richetl, "How Big Business Got Brazil Hooked on Junk Food," NY Times, 16 September 2017: https://www.nytimes.com/interactive/2017/09/16/health/brazil-obesity-nestle.html