International Street Vendors’ Day and the need for collective struggle

Supermarket Asia bulletin #20 - November 2020
Editorial
International Street Vendors’ Day and the need for collective struggle
It’s the 20th edition of our quarterly Supermarket Asia bulletin, five years since we first started and it’s still going strong! Thank you to everyone who has contributed and supported this bulletin.
It’s good timing as we celebrate International Street Vendor’s Day on 14th of November - a day calling for the recognition of the contribution street vendors make to our food systems and our lives, and to raise awareness about the significant challenges they face.
International Street Vendors' Day was started in 2012 by StreetNet International who support organising among street vendors around the world to address their common needs and challenges. This is especially important as a large percentage of street and market vendors continue to face harassment and violence in their working spaces on a daily basis.
Shaktiman Gosh from India’s National Hawker Federation once said that hawkers or street vendors complete the final mile between small producers and farmers, and middle and working class consumers. But this vital role that street vendors play is often overlooked, and even criminalised in some places. They are often deprived of a decent living, have no safety nets and are usually unorganised, which makes it difficult for them to voice and win their collective demands. 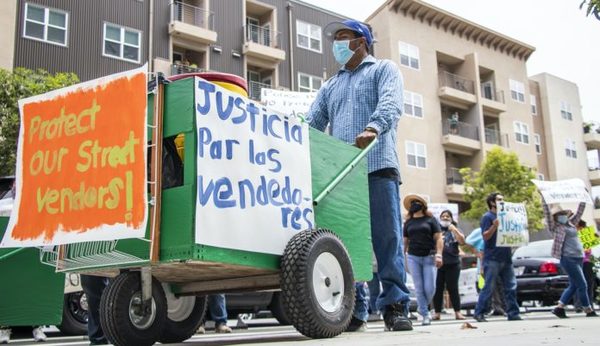 The Covid-19 pandemic makes this year's international day even more important as a way to promote solidarity with street vendors and other informal traders. Despite open-air markets and street vending being the places where most people buy their food, government closures to prevent the spread of corona virus have left millions of street vendors from Manila to Mumbai jobless without any social protection.
On International Street Vendor’s Day, we stand in solidarity with the collective struggle for the creation of public spaces and conditions that adequately support street vendors. They are working hard to earn a genuine living, while ensuring that that food and other farm produce reaches even the poorest consumers. Street vending is not a crime!
Find out more: Collective Struggle a new article series by StreetNet International which aims to share and highlight the numerous ways street vendors, hawkers, cross-border traders and other informal economy workers have come together to enact change and fight for their rights.
Top image credit: International Domestic Workers Federation (IDWF).
Across the region
CP- Tesco acquisition: Thai monopoly regulator puts private interest above public one 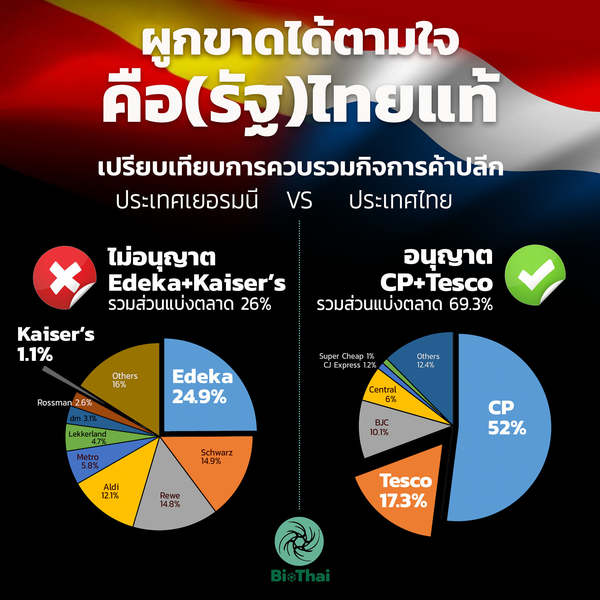 After food conglomerate Charoen Pokphand Group’s acquisition of supermarket chain Tesco Lotus was approved in the first week of November, CP Group’s market share in modern retail trade jumped from 52% to 69.3%.
In approving the acquisition, Thailand's Office of the Trade Competition Commission (OTCC) argued that the deal does not meet its definition of a monopoly.
The OTCC obviously has not taken into consideration the impact of its action on small business operators and consumers. The small business operators who are suppliers to the chain will be pressured into selling their products at lower prices, and the consumers will either face fewer choices or pay higher prices.
The OTCC can do much better
In 2015, Germany’s retail store Kaiser’s Tengelmann sold its business that held 1.1% of market-share to Edeka, resulting in an increase in the latter’s market share from 24.9% to 26%. However, the Bundeskarteilamt, the German agency overseeing trade competition, was not happy with it and ordered a stop to the sale.
In a report, the Bundeskarteilamt stated that the deal would have significantly affected small-scale operators and consumers. In certain areas of Germany, such as Berlin, Munich, and some cities in North Bavaria and North Rhine-Westphalia, where Kaiser controlled between 10%-30% of the market-share, the agency argued that the acquisition would compromise competitive efficiency in the retail market.
Is there a lesson there for the Thai monopoly regulator?
This is, by the way, the second time that the OTCC has failed to exercise its authority to protect consumers. In 2012, the monopoly regulator allowed CP to take over Siam Makro, a dominant cash-and-carry wholesale chain.
What the OTCC should have done is to take a leaf out of the German anti-monopoly authorities’ book and deny the CP-Tesco Lotus deal. But, now that the deal is done, it should order CP Group to sell part of its business in order to reduce its monopolistic power over Thai trade.
The OTCC can act as a protector of public interest, or be forever remembered as a public agency serving the interest of a private monopoly to the detriment of the public.
Article by BioThai
Further information: Witoon Lianchamroon, e-mail: [email protected] 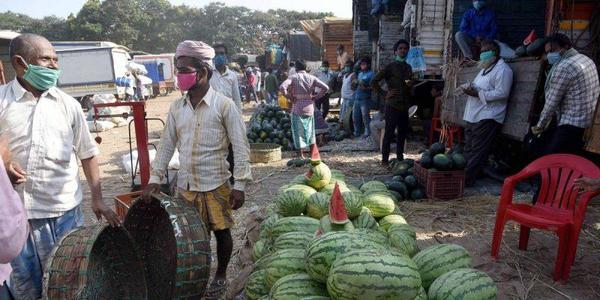 There’s nothing like empty supermarket shelves to focus the public’s attention on the issue of food supply. Demand from the food service industry (restaurants, canteens) plunged but correspondingly soared because of domestic consumers, now that everyone is eating all their meals at home.
The food industry has become more capital intensive, vertically integrated and concentrated in fewer and fewer hands. Economies of scale have led to consolidated farms, huge factories, supermarkets, but increasing fragility in the system.
India's Zomato raises $160 million from Tiger Global, Temasek unit; plans IPO in 2021
Chandini Monnappa, Reuters
Indian food delivery startup Zomato has raised $160 million from U.S. hedge fund Tiger Global Management LLC and a unit of Singapore’s Temasek Holdings, and plans to file for an initial public offering in the first half of 2021.
Coles and Woolies duopoly is one of the biggest threats to Australian food security: Report
Cait Kelly, The New Daily
The strengthening duopoly of Australia biggest supermarkets, Coles and Woolworths, has become one of the greatest threats to Australia’s food supply, a new report has found. Coles and Woolworths control around 60 per cent of the country's fresh food and grocery sales.
Lead author of the report and professor at the Crawford School of Public Policy, Australian National University, and former leader of the Liberal Party, John Hewson, said the duopoly was hurting farmers. "We have such a heavy concentration of suppliers who can influence everything from the farm’s food processors to what is on the shelves, and that’s a very big power," Professor Hewson said.
“All to the detriment of the farmers.”
Supermarket watch Asia is a quarterly email bulletin for social movements about developments in food retail and distribution in Asia produced by GRAIN. Click here to subscribe.