Gulf states outsourcing basmati in the Philippines, while Philippines does the same with hybrid rice in Cambodia 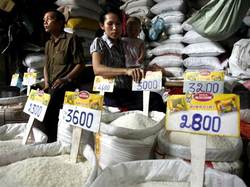 country's yawning rice deficit. But last week the Secretary of Agriculture, Proceso J. Alcala, was reported as saying that the country was now turning to Cambodia to supply part of its rice needs, where the Philippine Rice Research Institute is sending hybrid rice seeds for mass cultivation.

Yet, while the Philippines looks to outsource hybrid rice production to Cambodia, the governement is also setting itself up as a base for outsourcing of Basmati rice production by the Gulf states.

Last week Acala also announced that his government was going ahead with a large-scale evaluation of three Basmati rice varieties.  As reported by GMA news: "The program is in keeping with agriculture and fisheries agreements between the Philippines and the governments of Kuwait and Qatar on March 25."