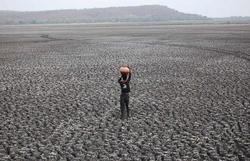 An article in domain-b is reporting that the Swiss corporation Syngenta will be drawing on funds from the Indian government for the promotion of its hybrid rice seeds and pesticides. According to the article, Syngenta and the Government of India have teamed up to launch the `Green Revolution in Eastern States (GRES)' project, which will begin this year in 20 villages in Burdwan and Hooghly districts of West Bengal and will eventually cover the rice growing states of Assam, West Bengal, Orissa, Bihar, Jharkhand, Eastern Uttar Pradesh and Chhattisgarh. CropLife India, the lobby group for the pesticide and biotech industry, will also be involved.

Syngenta's GRES project will use funds from the US$ 86.3 million programme initiated by the Central government in 2010 to push a Green Revolution into India's eastern states. That programme was denounced by farmers, activists and scientists from more than ten states of the country who gathered for a national workshop in September 2010, in large part because of concerns about how it would make farmers dependent on seed and chemical companies such as Syngenta.

See also: A second Green Revolution is not the answer, by Living Farms and GRAIN, 21 September 2010