GRAIN is a small, like-minded group with an ambitious agenda. Our team is presently composed of 14 staff. Ten of us work mainly on programme implementation, while four are dedicated to coordination, finance and administration. Six of us are women and together we represent twelve nationalities spread across eleven countries and five continents. Half the team focuses on, and works from, one of the regions that GRAIN prioritises: Africa, Asia-Pacific and Latin America. The rest of us have a global mandate. Either way, we all build and contribute to GRAIN’s overall programme as an international group.
Rich in our diversity, and with more than 30 years of experience, GRAIN functions as a collective, with a horizontal management system and participatory and transparent decision-making.
For security reasons, staff can communicate via Signal or Protonmail. We prefer that people don’t write to all of us at once, but address one or two of us and we will make sure your message gets to the right person.
Andrés Arce Indacochea (Publications and communications) 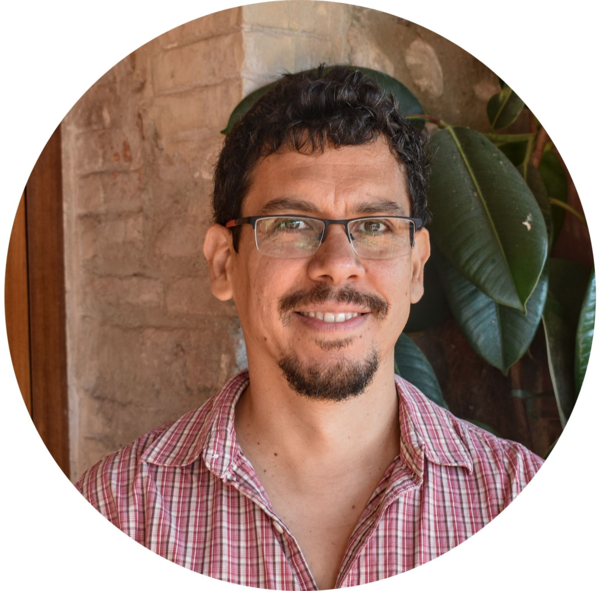 Currently based in Belgium, Andrés worked for the European coordination of La Via Campesina before joining GRAIN in 2020. He is responsible for our publications and communications work in English and French. This means coordinating the editing, translation, production and publication of our materials, plus organising outreach through social media and other channels.
Ange-David Baïmey (Africa programme) 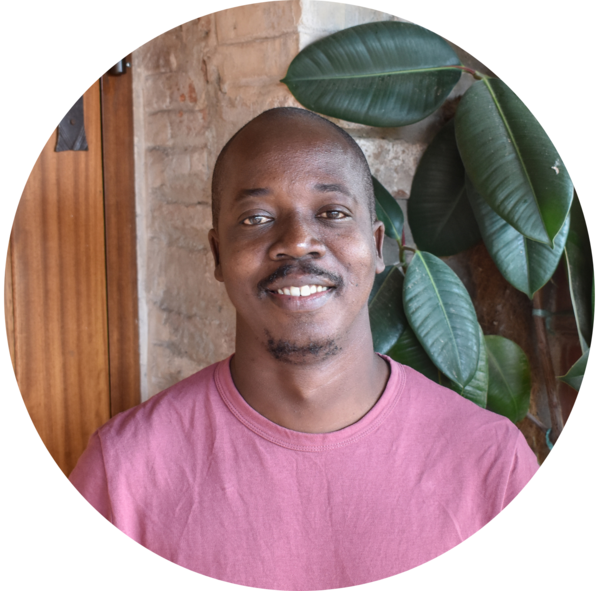 Ange-David joined GRAIN in 2014, after working for several years with social movements in Côte d’Ivoire, Senegal and other West African countries on issues ranging from climate justice to biodiversity loss. A passionate advocate for social and environmental justice in rural areas, Ange-David works closely with GRAIN’s partners across Africa. His main focus is on land grabbing and climate issues. Ange-David has a background in environmental sociology and knowledge management.
Henk Hobbelink (Coordination, global programme) 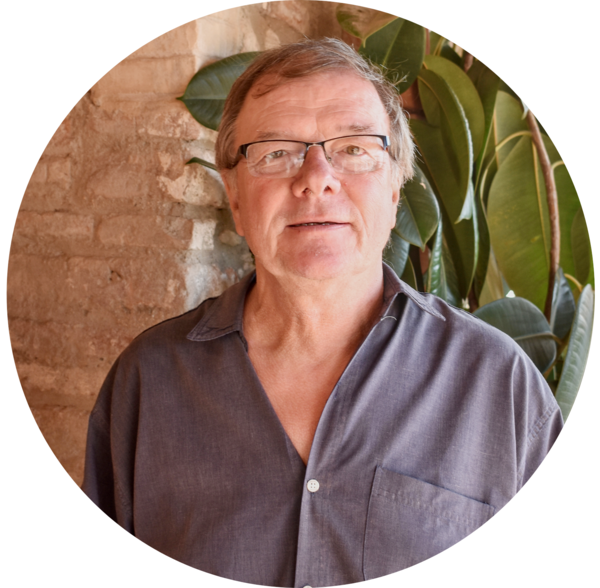 Henk is an agronomist by training. In the 1980s he worked with farmers in Peru on sustainable pest management and after that he worked with Dutch and European NGOs drawing attention to the importance of agricultural biodiversity for the future of farming. In 1990, he co-founded GRAIN with Renée, and over the past three decades has helped the organisation grow into an international collective that works to support small farmers and social movements in their struggles for community-controlled and biodiversity-based food systems. Henk is the coordinator of GRAIN, and as such is responsible for the overall functioning and funding of the organisation as well as conducting research, writing and outreach activities.
Afsar Jafri (Asia programme) 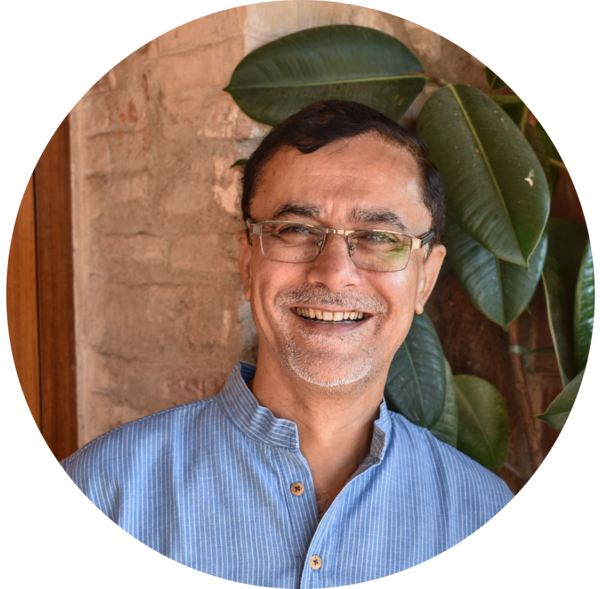 Afsar has been with GRAIN since January 2019, after working for more than 20 years on agriculture and food policy with various civil society organisations in Asia. Based in Delhi, Afsar is closely linked with farmers' groups and other social movements in India and South Asia. He has a Master's in Philosophy (International Law) from Jawaharlal Nehru University.
Devlin Kuyek (Global programme) 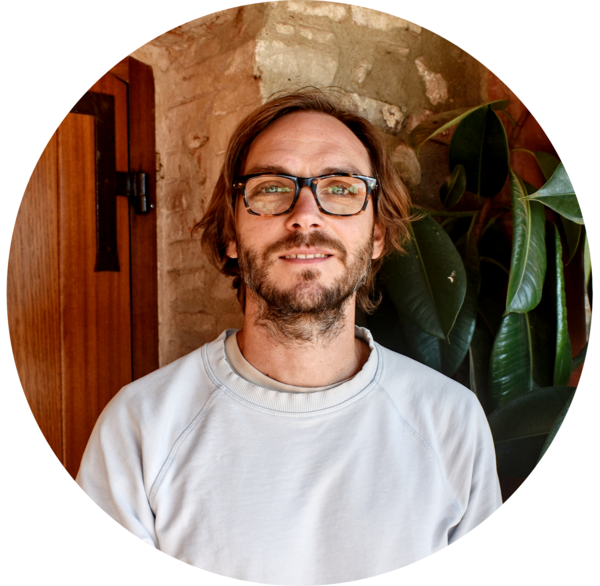 Devlin joined GRAIN in 2003, after working with NGOs and peasant organisations in Malaysia and the Philippines. He is GRAIN's most active researcher, focusing on monitoring and analysing global agribusiness, including land grabs. Devlin is based in Montreal, Canada, and spends time supporting partners and staff around the world as much as possible.
Susan Nakaewa (Africa programme) 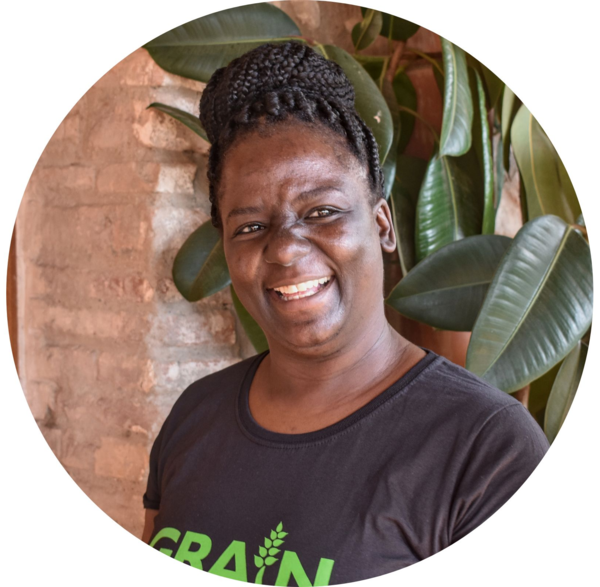 Susan joined GRAIN in 2017, after working with several regional civil society organisations in Africa. A journalist by training, her passion lies in researching, documenting and making the case for smallholder farming in Africa, which she believes is the best way forward. Based in Kampala, Susan works with GRAIN partners across the continent, especially on issues like seeds, land grabs and trade policy.
Larissa Packer (Latin America programme) 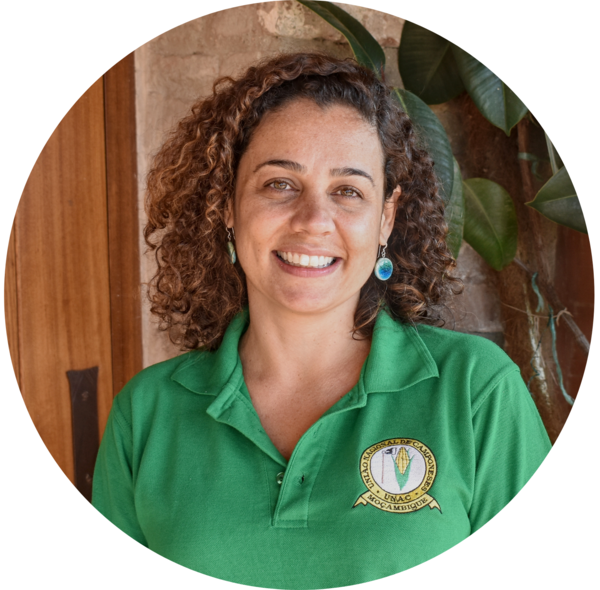 Based in Rio de Janeiro, Brazil, Larissa focuses a lot on      agribusiness trends in Latin America, especially in relation to digitalisation, agrarian reform, climate greenwashing and land grabbing. Lately, she has been getting more involved in work on seed laws and broader struggles for food sovereignty in the region. She represents GRAIN in the Alianza Biodiversidad (Biodiversity Alliance, 10 organisations/movements fighting for food sovereignty across Latin America).
Virginia Quesada (Finance and administration) 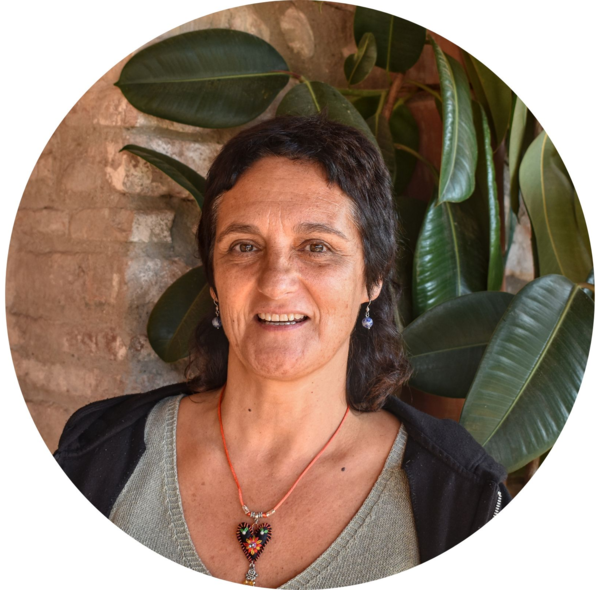 Virginia joined GRAIN in 2014. Passionate about the protection of peasants’ rights, she began working in the Spanish NGO Veterinarios sin fronteras in 1997, focusing on internal organisational work. Today, her main function is to support GRAIN’s administration and financial management.
Kartini Samon (Asia programme) 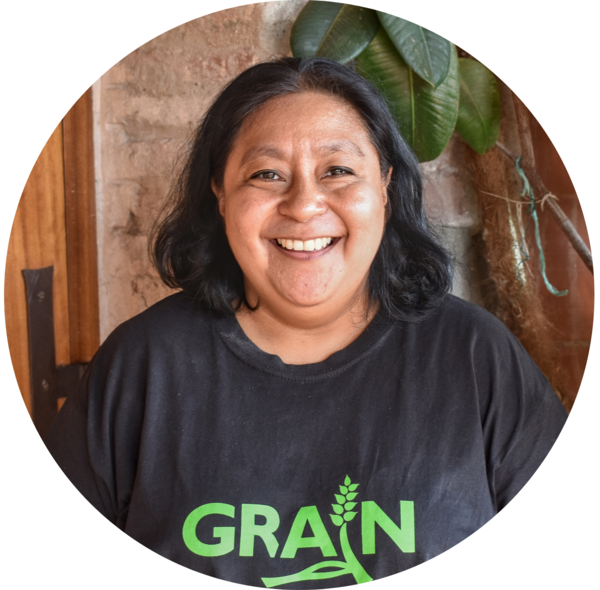 Kartini joined GRAIN in 2013 after several years working with the Indonesian peasant movement, SPI, and supporting La Via Campesina South East and East Asia Youth's communication team. Kartini has a nutritionist and rural development background. She's actively involved with the peasant and rural youth movements in her country. Her responsibility is to support GRAIN's partners in Asia and to implement the full breadth of our programme in the region.
Alexandra Toledo (Fundraising) 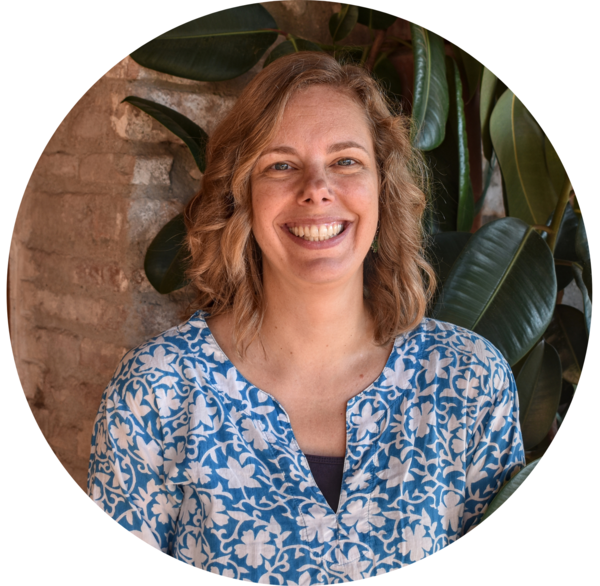 Alexandra joined GRAIN to support fundraising, grant writing and activity reporting. She combines her conviction for food sovereignty with her training in nonprofit management to support the movement. Over the past decade, she has collaborated with organisations that advance agroecology, support environmental activists, analyse food policy, and advocate for indigenous livelihoods and wisdom. She holds Master’s degrees in nonprofit management and Latin American studies with a specialisation in food systems. 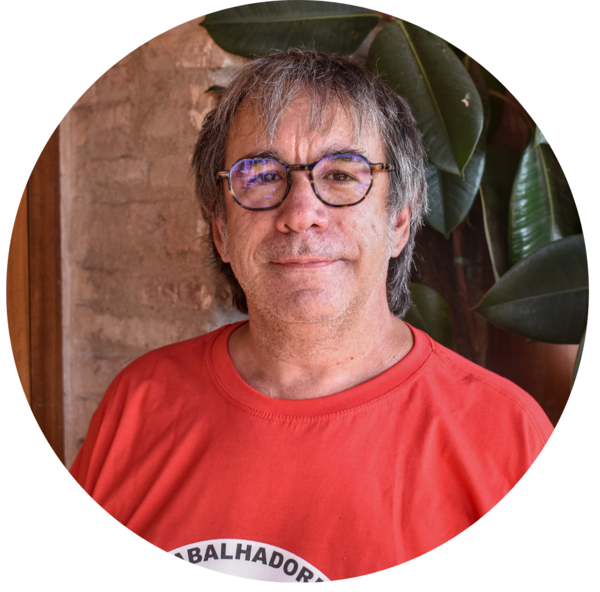 Aitor joined GRAIN in 2000, coming from a long experience working with different NGOs in the Basque Country. At GRAIN, Aitor is in charge of administration, financial management and organisational development. He also backs up the coordinator when needed and plays a key role in managing GRAIN's communication tools.
Mónica Vargas Collazos (Global programme) 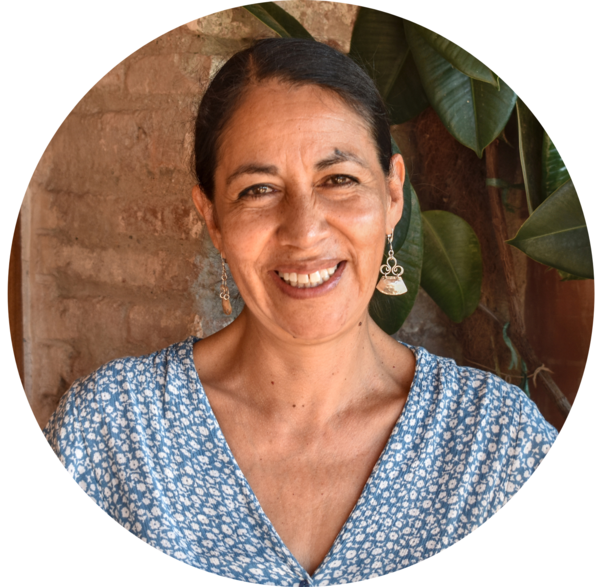 Mónica joined GRAIN in 2021, after working as an activist researcher for 20 years in various civil society organisations. Her main focus has been on the impacts of transnational corporations and free trade agreements, ecological debt and food sovereignty in the Global South. Mónica is based in Barcelona and helps develop and implement GRAIN’s global programme, with research, outreach activities and alliance building, in close collaboration with the regional teams. She also supports the work of bilaterals.org.
Renée Vellvé (Global programme, coordination) 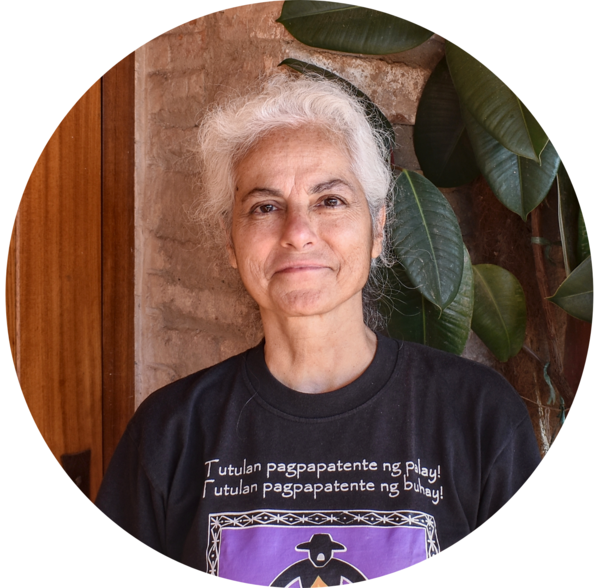 Renée joined Henk in 1987 at the ICDA Seeds Campaign, to help defend peasants’ rights over seeds and stop their privatisation and takeover by corporate interests worldwide. In 1990, they co-founded GRAIN as an independent organisation. Renée helps implement GRAIN’s global work programme, supports partners and staff, and helps coordinate GRAIN from her current base in Paris, France.
Ramón Vera-Herrera (Latin America programme) 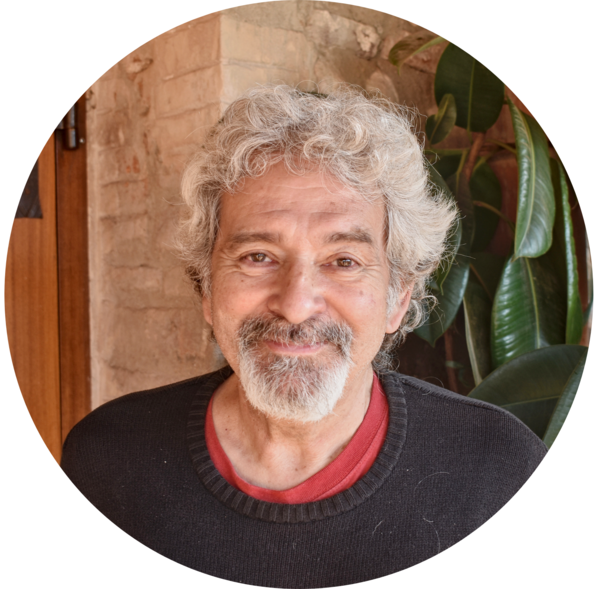 Ramón joined GRAIN in 2009. He is the editor of Biodiversidad, a quarterly magazine produced in collaboration with ten partners in Latin America as part of our joint project: the Alianza Biodiversidad. He also works actively with the rest of GRAIN's Latin America team to advance our programme in the region and handles the translation of GRAIN's material into Spanish. Ramón occasionally colaborates with bilaterals.org, as well. He is actively involved in the struggles of indigenous peoples and communities in his country and with other counterparts in Latin America. Ramón also edits the Mexican monthly Ojarasca, a magazine in La Jornada newspaper.
In memory of:
Carlos A. Vicente (Latin America programme) 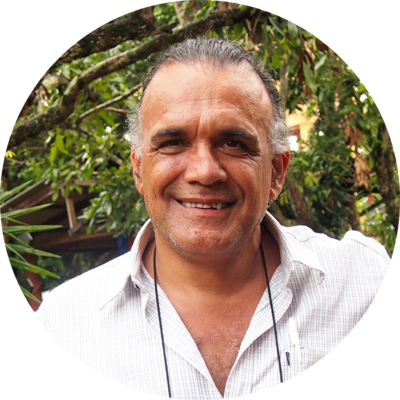 Carlos joined GRAIN in 2001, after many years with CETAAR, a group which works on the promotion of medicinal plants in Argentina. A pharmacist by training, Carlos' role in GRAIN was to implement our programme work in Latin America and support GRAIN's partners there, with our joint project: Alianza Biodiversidad. He participated in bilaterals.org and farmlandgrab.org and, as member of the Argentine group Acción por la Biodiversidad, helped run biodiversidadla.org.
Carlos died peacefully in his sleep on 14 March 2022. GRAIN published a tribute to him, which you can find here
Collaborators
Beyond the staff, a range of people collaborate with GRAIN in one capacity or another. They help us with web development, translations, graph design, outreach and more. Geographically-speaking, they are as spread out as GRAIN's staff team and are essential to our operations. We are extremely grateful for their skillful help, commitment and partnership. Among them we would like to highlight Paul Pantastico, who runs and develops GRAIN's websites and email lists from the Philippines, Raúl Fernández, who designs GRAIN's publications from Spain, and Iris Borianne, in France, who coordinates GRAIN's translation and interpretation needs, regularly carried out by the following people: Emilio Montecinos (Chile), Jean-Luc Thierry (France), Sandra Young (Spain), Eline Müller (Switzerland), Audrey Mouysset (France), Harold Slamovitz (United States), Peter Feldstein (Canada), Amandine Semat (France), Emily Bailey (United Kingdom), Emily Harris (United Kingdom), Maria Teresa Mhereb (Brazil) and Aline Scátola (Brazil). Thank you also to Vaca Bonsai in Argentina and Evan Clayburg in the USA for putting together our infographics.
Other websites that GRAIN is involved in:
bilaterals.org
Supporting social movement struggles against free trade and investment agreements
biodiversidadla.org
Latin American site on biodiversity and food sovereignty
farmlandgrab.org
Food crisis and the global land grab
soberaniaalimentaria.info
Spanish magazine on food sovereignty
nyeleni.org
Newsletter on food sovereignty
You can read this site in English, Spanish or French by selecting the appropriate language at the top of the page. The site also contains some materials in a number of other languages:
ألمصريّة Bahasa Indonesia Català 普通话 Deutsch ελληνικά हिन्दी Italiano kiSwahili 日本語 ಕನ್ನಡ ಆವೃತ್ತಿ Malagasy Português Tagalog Tiếng Việt اردو 한국어