The urgency to localise food supplies

Supermarket Asia bulletin #27 - August 2022
Editorial
In June, many farmers' groups, communities, and consumer cooperatives around the world celebrated World Localisation Day. First launched in 2020 by Local Futures, the campaign aims to scale back food and economic structures to the level of communities–allowing regions and locales to maintain a steady supply of food for themselves while neoliberal economic forces are kept out.
Localisation movements provide a lot of inspiration about how to reshape our food systems. During one of the events celebrating World Localisation Day, PV Satheesh from Deccan Development Society in Andhra Pradesh, India shared about how communities they work with have created their own seed banks, millet processing units, local food outlets and restaurants, and allowed women to take control of the market by pushing the state government to redirect public subsidies towards their indigenous, climate-adapted local crops.
Another inspiring example is the Bhoomi Santhe market, a farmers' market held twice a month at Bhoomi Campus in Bangalore. This market encourages a deepening of relationships not only between customers and producers, but also within the local community. The market offers much more than fresh vegetables, fruits and other local produce, such as pulses, rice, millets, spices, honey or ghee. It is also a space to explore alternatives beyond the dominant development paradigm by organising workshops for children and adults, talks, discussions, film reviews and performances.
The current food crisis, a result of a wider mix of problems from the Covid-19 pandemic and the war in Ukraine to the climate crisis and speculation on financial markets, makes it clear that dependence on global supply chains is risky, especially when it comes to basic needs such as food. In this context, the localization of food systems is a critical way to address some of the most pressing global problems. Not in the sense of nationalism, borders or guarded stockpiles and isolation, but rethinking how we organise trade, and making it subservient to the needs of local food systems. It also means putting in place urgently needed measures to ensure access to land, especially for youth and women.
The localising of food systems offers an important way out of the current corporate domination. For all the talk about corporate responsibility and accountability, what we continue to get are false solutions, greenwashing and ongoing destruction while their profits keep rising.
Head banner image: World Localisation Day, Local Future
Across the region
“Tin Yeah” – A mutual help, local products retail initiative by Hong Kong youth

Hong Kong agriculture is generally regarded as a declining sector, with a vegetable self-sufficiency rate of about 1.7%. Hong Kong abandoned its food subsistence approach in the 1980s and has since relied on mainland China for vegetables and meat. Consequently, a lot more government resources are required to tackle the emerging food safety problems resulting from imported food, which has also undermined production by local farmers and their livelihoods.
At the same time, land and housing development are major causes of land grabbing in Hong Kong. Land policies favour land sales and commercial development instead of agriculture and, as a result, over the last three decades, the area of farmland in Hong Kong has dramatically decreased from 13,000 hectares to 5,100 hectares.
However, with the recent Covid-19 pandemic and the changing social atmosphere, there is increasing support for growing – and buying – locally as a way to advance food sovereignty in Hong Kong. People are thinking more about the importance of restoring the local vegetable supply after hundreds of cross-border drivers were forced to stay for Covid quarantine in February 2022, causing a disruption in the vegetable supply from mainland China and soaring vegetable prices. The public realised that the industrialised supply chain is extremely fragile under crisis.
Meanwhile, there is a trend among young people to choose to become farmers or to start small, independent retail stores. This helps foster new forms of collaboration and the development of multifunctional platforms for farmers and other food producers, retailers and consumers to interact, mutually support each other, and sustain the food web. Among these, “Tin Yeah” (meaning ‘from the field’ in Chinese), a small retail store established in 2017, collects and sells locally grown fresh and processed foods from individual farmers and food processors. The founders, Mak Ho-ying and Nicole Lam, are two young women activists who work to localise the community-supported agriculture (CSA) concepts in Hong Kong and promote local heirloom varieties and rural living values to their members.
They were inspired by a campaign against the power of developers that reached its peak in 2014. The campaign’s goal was to live independently from developers who are intensifying their control over people’s lives by setting up cross-sector businesses. One example is how developers provide supermarket chains with monopolies within their housing projects and thus transform people's lifestyles away from the local culture. The government has catalysed this monopolistic trend by privatising the communal spaces used by wet markets and for shopping areas that provide low costs food and cheap products that support community livelihoods, and the elderly in particular.
Mak decided to set up Tin Yeah as an independent retail store to assure the public when opting for a nonmainstream way of living. Tin Yeah provides the means for sustainable living practices if one wants to live outside the corporate control of the food supply. “The meaning of being an independent store is reflected from our ideology and operations”, Mak explains.
In a highly modernised city, food sovereignty cannot just rely on escalating the level of local production. It must rebuild a collaborative food network so that farmers, consumers, food processors, activists and practitioners can communicate and connect with each other. Mak and Nicole soon realised their retail shop is more than merely a place for transactions but also a space for food & agriculture education and relationship building. The following year, they moved to a bigger store, though the location is less accessible than the original one. The new store provides space for farmers and consumers’ meetings, cooking workshops and cultural food talks. Such activities have led to community building among local food supporters. A small Hong Kong agricultural library was established at the store corner to support learning for both farmers and consumers. “Everyone has to learn this concept—crops are living beings, not commodities”, says Mak.
Independent food retail stores have largely enhanced the stability of the city's food supply. For example, winter is a season in which farmers often face the problem of selling the excessive seasonal harvest. In January 2022, Tin Yeah organised a pop-up sales campaign called “seasonal vegetables and fish party” to help farmers sell their excess seasonal harvest, particularly those with perishable crops. Some consumers volunteered to set up the temporary distribution system. The event helped to sell over 1,000 kg of local fresh vegetables from 15 farmers within two days, and 90 per cent of the buyers were new consumers. What’s more, volunteers also connected with local small food processors to handle their excess Chinese radish, which is transformed to make radish cake or pickles. Any excessive quantity of processed radish would then be distributed among other independent retail stores from the local network.
The disruption of the vegetable supply from mainland China fostered the demand for locally grown vegetables. Members of Tin Yeah increased their sales by 20 per cent during Covid and received ten times the normal number of phone inquiries about buying local vegetables. Nevertheless, independent retail stores are now facing more challenges than usual. The popularisation of online sales platforms transformed our consumption patterns and destroyed the relationship between consumers and retailers. In addition, short-term “buy local” actions motivated by crises are usually not long-lasting.
Mak and Nicole believe in the power of communications. They often spend over half an hour talking with new members on phone to get a deeper understanding of their thoughts and family backgrounds. They believe a real food sovereignty movement should be rooted in community values and not only in reaction to the crisis.
Article by GRAIN, based on interview with Mak Ho-Ying, Tin Yeah’s co-founder.
For further information check out their Facebook: tinyeahtinyeah
Image: Tin Yeah consumers
_______________________
Street vendors joining the fight for food sovereignty.
Conversation with Nash Tysmans, StreetNet International’s Organiser for Asia 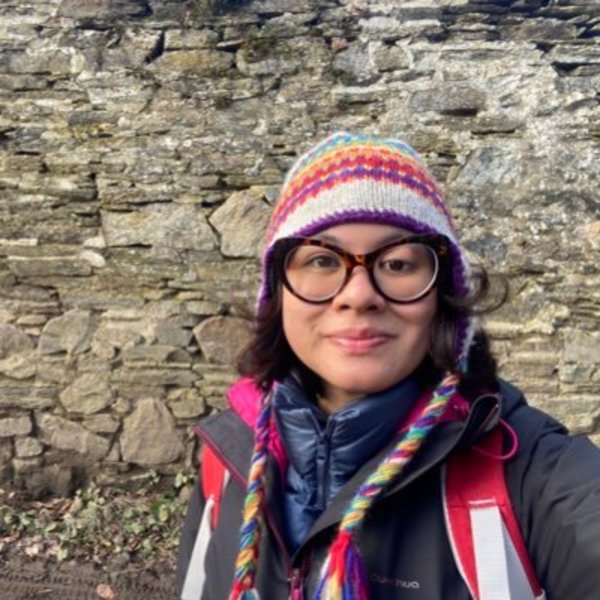