Supermarket Asia bulletin #25 - March 2022
Editorial
Defending People's milk: same plight, same fight for peasants and fresh milk vendors
Small dairy farms are an important part of South Asia's rural economy . "People's milk", as most call the milk produced from these local networks, involves hundreds of millions of people, from small-scale farmers and pastoralists to local dairy processors and fresh milk vendors. More than 8 million rural families are engaged in dairy production in Pakistan, and, in India, the People's milk sector accounts for 85 per cent of the national milk market.
A nationwide network of small farmers and vendors on bicycles – dairy on wheels - are common features across South Asia, as in many other parts of the world like Kenya or Colombia. They supply safe, nutritious, and affordable milk to hundreds of millions of families, including urban low-income families. The milk sold by these vendors is half the price than the milk sold through supermarkets or in processed packages. But for years now, the big dairy companies have waged a relentless campaign criticising milk from small dairies and sold by these vendors to try to capture this huge market. They unfairly call it unhygienic, unhealthy, adulterated, and poor quality. To make things worse, the industrial standards pushed by corporations through regulations and free trade agreements are squeezing out the People's milk from the market.
When corporations take over a country's dairy sector, they don't just take over the markets; they transform how dairy farming is done. Among private dairy companies, the trend is clearly towards creating vertically integrated supply chains, starting with their own mega-farms, to milk collection stations and dairy processing plants. Consolidation is happening on the farm too. Dairy herds are getting bigger, and new technologies are squeezing more milk from each cow.
For example, when the Dutch cooperative Friesland Campina, one of the largest multinational milk producers, began operating in Asia it started by procuring from small dairy farmers but then soon after it set up dozens of its own, large dairy farms in Vietnam and Pakistan.
The corporate attack on the dairy sector affects both small dairy farms and fresh milk vendors. It is critical that farmers and vendors come together to resist. Because even though the numbers of smallholder dairy farmers and fresh milk deliverers are considerable, they are often not well organised nor are they connected to each other. Consumers have a big stake in this fight too. The corporate restructuring of the dairy sector will not improve the milk supply for ordinary people; instead it will seriously erode people's access to nutritious and affordable fresh milk.
Food safety standards and regulations designed for industrial processors are a major threat to people's milk. There are plenty of examples of food safety based on trust and local knowledge around the world, each particular to its local culture. Supermarkets, however, are typically unwilling to adjust to such local cultures and impose their own standards. Taking action against supermarkets, whether by putting pressure on them or by supporting local markets is essential to protecting people's milk.
Head banner photo: Gujrat milk vendors, Creative Commons
Across the region
India: Legal case against unfair treatment to street vendors under Covid-19 prevention measures 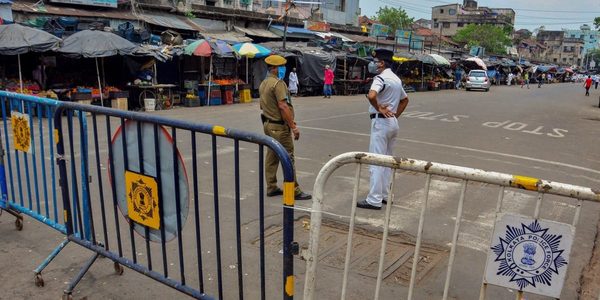 At midnight on 23 March 2020, the Indian government announced a complete nationwide lockdown under Covid-19 prevention measures with only four hours’ notice. Suddenly, all economic and social activities were halted with stay-at-home order. There was no plan B. As was to be expected, many people were stranded in difficult situations and there was an exodus of urban migrants back to their home communities of historical proportions.