A farewell to Meriem Louanchi

With heavy hearts, and just one week after saying goodbye to our comrade René Segbènou, GRAIN bids farewell to another dear friend and comrade, Meriem Louanchi. Meriem was an Algerian agricultural scientist committed to the struggle for farmers' rights and food sovereignty. She worked in the public research system but was very active on the side with farmers' organisations, women's groups, NGOs and others fighting for justice, for people's empowerment and for better food systems.
We first met Meriem in 1999 in Mbalmayo, Cameroon, at a workshop for African rural movement leaders on gene technologies and emerging intellectual property laws. That meeting set in motion a chain of collaborations for many activists over decades to come.
Meriem's commitment to empowering people by breaking complex issues down and fostering critical analysis was unwavering. She became a regular resource person at trainings, workshops and strategy meetings aimed at helping people become full actors in deciding where agriculture and food system should be heading and how, effectively building capacity for people to weigh in on public policy debates. She worked with NGOs and researchers to write progressive model laws for the Organisation of African Unity on biosafety and genetic resources. She served on GRAIN's Board from 2007 to 2013, and worked with us on various research and writing projects, such as an in-depth report we did on food safety. She pushed us to bridge the gap between North Africa and the rest of Africa, and accompanied numerous coalitions we worked with across the continent.
Meriem, thank your for your courage, your heart, your friendship, your great intellect and your unwillingness to be pushed around. You inspired us, opened minds and helped us become sharper and stronger in our work. 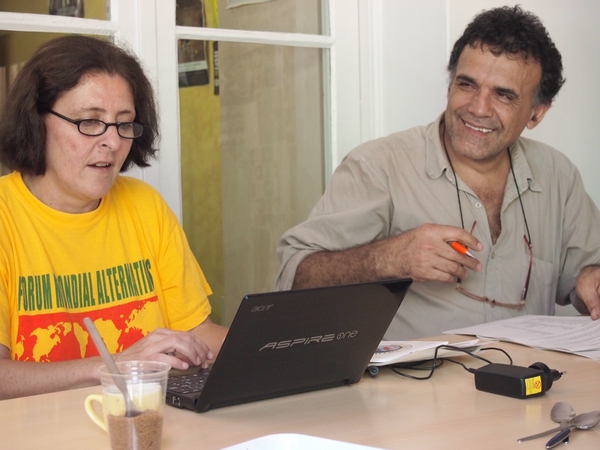