Agribusiness must be quarantined!

Credit : @ Fundación Nuestro Mar
To begin the transition towards a society in which the right to healthy food and peasant-based agroecological production for food sovereignty are at the centre of local, national, and international agenda – we must quarantine agribusiness!

The pandemic caused by the SARS-CoV-2 virus has exposed the role of the agro-industrial agro-food system in the creation and spread of pandemic illnesses and lethal pathogens:

Since the beginning of the nearly global quarantine, however, not only has agribusiness in Latin America not been in quarantine but it has actually continued functioning with total impunity, deepening its impact and harm on communities and ecosystems. In almost all the countries in the region, agro-industrial activities were exempted from quarantine, as they are considered “essential” within the measures taken.

Here is a non-exhaustive summary of some of agribusiness' operations during quarantine:

Fumigating with agrotoxins – On 31 March, more than 100 Argentinian organisations denounced: “During these days of isolation, there have been ‘incidents’ with fumigations in [the provinces of] Santiago del Estero, Buenos Aires, Santa Fe, Entre Ríos or Chaco; in the areas where commodity production takes place, it seems like there is free reign to fumigate (us). This is not new; it is the tragic everyday situation of our country’s Fumigated Peoples, where each year around 500 million kilograms / litres of agrotoxins are dispersed without any control in thousands of commercial formulas and with active substances that are prohibited in a large part of the world, failing to comply with the General Environmental Law number 25,675.”

Deforestation – According to Deter, the real-time detection system of the Brazilian national space research institute (INPE for its acronym in Portuguese), deforestation of the Amazon in Brazil has increased by more than 50% in these first three months of 2020 – at the height of the coronavirus pandemic, in comparison to the previous year’s first quarter. Taking advantage of the pandemic smoke screen, with fewer inspection agents, timber and mining operations are advancing on protected areas and indigenous territories, increasing the contagion of Covid-19 by indigenous populations, leading many specialists to fear a genocide.

Amidst the national quarantine in Argentina, clearings have not ceased. An alert has being sent out that one of the most preserved forests in the entire Gran Chaco ecosystem, an area of 8,000 hectares within the Estancia La Fidelidad, is being prospected for clearing. Furthermore, based on monitoring with satellite imagery, Greenpeace discovered that almost 10,000 hectares were cleared in the North of the country since the lockdown began in the provinces of Salta, Chaco, Santiago del Estero and Formosa.

In Paraguay and in full quarantine, deforestation continues. Several complaints were made by citizens, alarmed by the indiscriminate felling of forests to advance the agricultural frontier. One of the cases was made public through formal complaints issued by neighbours in the Guairá area. The video filmed by local communications media documents the complaints by the residents of Cerro Tororô and shows how two bulldozers continuously fell trees in a field that is part of the managed resources area Ybytyruzú mountain range. Additionally, the clearing of forests in the Yerutí Ñu community, within the Canindeyú Department, began last 7 May. These forests protect the stream that crosses the community and the clearing took place supposedly to dedicate the lands for mechanised cultivation of genetically modified (GM) soybeans.

Facilitating the use of agrotoxins – Three economic complementarity agreements have taken effect in Mercosur, approving a reduction of intra-zone tariffs for importing materials to produce synthetic herbicides and fibres. In relation to the herbicides, the agreements include the chemical compounds used in the production of pesticides and herbicides: monoisopropylamine and its salts, and dimethylamine used to produce glyphosate and 2,4 D. 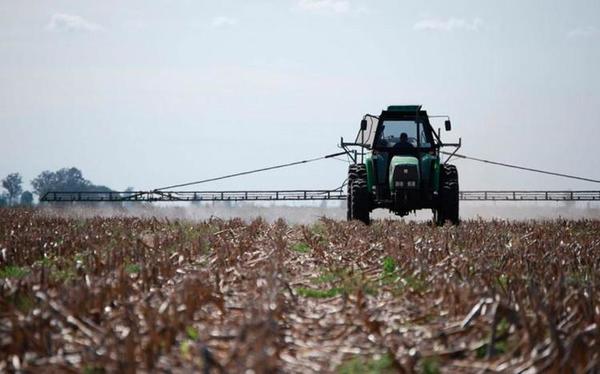 In Brazil and in the middle of the pandemic, the Bolsonaro government approved 96 agrotoxins in two months. The number of new registrations during the social isolation period is greater than those approved during all of 2019.

Imposing new GM crops – The Bolivian de-facto government issued Supreme Decree 4232 on 7 May, authorising the use of GM seeds to grow maize, sugar cane, cotton, wheat, and soybeans. The regulation published the next day in the Bolivian Official Gazette states that the basis for the measure is the Covid-19 health emergency, faced with the need to produce food in less time and with higher yields; a totally arbitrary and false statement.

Increasing corporate profit – While the world economy is stalled and a deep recession is expected, large corporations continue increasing their profits. Here are some examples:

Free reign to agribusiness - Despite the evidence, no measures have been taken to limit agribusiness behaviour. To the contrary, in almost every country agribusiness activities have been considered “essential” and therefore exempt from the quarantines.

For example, Ecuador’s Executive Decree 1017 of 16 March 2020, through which “a state of emergency is declared because of public calamity in the entire national territory” to address the Covid-19 pandemic, establishes in Article 6 (c) that “all export chains, agricultural industry, livestock [industry] … will continue to function.” As a result, the workers in the banana and palm plantations, shrimp factories, flower plantations, and many more, were forced to continue with the work as if the country was not under a health emergency, thereby exposing themselves to the risk of contracting Covid-19.

The Bolsonaro government in Brazil signed Decree Number 10,329 on 28 April, which expands the essential activities that must continue functioning without restrictions, such as the production, transport, and general logistics for the food chain and for mining, including the import and export of chemical materials and products, petrochemicals, and plastics in general.

Agribusiness exposes its workers to the illness – Agribusiness does not only continue to function but in many countries has also put its workers at risk, not offering any safety measure in the face of the pandemic.

Workers from different JBS shifts in Brazil organised actions because the beef transnational has not taken any measure to address the health crisis provoked by the coronavirus pandemic, and they were brutally repressed by the military and civil police, even within corporate buildings.

In Chile, on Tuesday 24 March, protest actions were carried out with blockades, roadblocks and barricades at various points in Chiloé as a response to the violence exercised by state repressive forces who broke through sanitary customs to forcibly open the flow of trucks from the continent's salmon and mussel farming industries.

Agribusiness continues exporting – At the height of the soybean and maize harvest throughout the Southern Cone of South America, the agro-export machinery continues to operate limitlessly with record harvests and exports.

In this context, Brazil's soybean exports have increased by 38% compared to March 2019 with a turnover of almost BRL 4 billion [USD 700 million] – 31% more than March last year, according to the foreign trade ministry. In this way, the country remains the largest exporter of soybeans in the world with 77 million tons (1.4% higher than the last harvest 2018/2019).

In the port town of Canarana in Mato Grosso, Brazil, a decree was issued prohibiting the export of grains for health reasons, since it represents the daily circulation of hundreds of trucks of soybeans. Louis Dreyfus, Cargill and COFCO quickly began to lobby and within a few days, the municipality announced that it was modifying the decree so that soybean exports could continue.

Soybean exports in Argentina also continue unchecked. However, due to a historic ebb in the Paraná River, grain shipments were moved to the ports in the Buenos Aires province on the Atlantic Ocean. There, activity not only did not stop due to the pandemic, but they have increased with the giant COFCO (ex Nidera) – with operational base in Quequén – at the top of the export ranking, followed by another agribusiness great, Bunge. Other corporations featured among the top ten are monstrosities the size of Cargill, CHS, and Oleaginosa Moreno – controlled by Glencore, a Swiss multinational associated with Vicentín in the Renova firm. So far in 2020, more than 2.5 million tons of grain have been shipped.

All of this is taking place in a context where the responsibility of agribusiness for the current crisis is impossible to hide. For Earth Day, the Argentinian government’s environmental ministry widely distributed an institutional video where it states that the two main causes of the pandemic are deforestation and industrial agriculture.

It’s time to stop this madness and reflect on what we are doing as a human species, before it’s too late.

It is urgent to transform the corporate-controlled production system and reformulate a food system oriented towards food sovereignty, production without ecosystem and climate destruction. We must guarantee the right to healthy food for all peoples of the world.

Especially when the other truth revealed by this pandemic is that it is local agroecological production that actually offers a response to the most important concern of these times: to feed ourselves in a safe, wholesome, and healthy way.