Asia under threat of UPOV 91

Indigenous women farmer from Madhya Pradesh, India, selling her collection of seeds in Organic Farmers Association in Udaipur. Photo: GRAIN
Asia, home to 60% of the world’s people and 74% of its farmers, is the target of a long and intensifying campaign to privatise seeds through new laws and regulations.1 Up to 80% of all seeds used in Asia today still come from farmers who save seeds from previous harvests.2 Corporate interests want to make this practice illegal. That way, they can make money by obliging farmers to buy seeds each planting season. For many farmers and public interest groups this is seen as extremely dangerous, as whoever owns the seeds can control the food supply.
The privatisation of seeds often takes place through two kinds of laws: seed laws, which dictate how seeds can be marketed, and intellectual property laws, which give monopoly rights to breeders. Both go in the same direction of banning local and indigenous varieties which are biodiverse and evolving. Governments try to root them out because they not suited for industrial farming, food processing or supermarkets – hallmarks of corporate controlled “progress”.
Under the rules of the World Trade Organisation (WTO), which were agreed to in 1994, virtually all countries of the world must provide intellectual property rights on plant varieties. They can do this either through patents or through an alternative legal system. The global seed industry’s favourite alternative is UPOV (Union for the protection of new plant varieties), a kind of patent system that was designed for plant varieties in Europe 60 years ago. Under UPOV, plant breeders get a 20-25 year monopoly over seeds that are new, distinct, uniform and stable. No one can produce, reproduce, sell or exchange seeds of these varieties without the breeder’s permission. For the seed industry, this kind of control is paramount in order for companies to recoup breeding investments, which are often designed to lock farmers into using their agrochemicals as well.
FTAs pushing UPOV
The push for Asian countries to join UPOV or to at least follow its rules known as UPOV 91 (because that’s when they were last revised) is raging today under the auspices of various trade negotiations. This is happening both in bilateral trade talks, like EU-India, or under regional talks like those around the Trans-Pacific Partnership (TPP) or the Regional Comprehensive Economic Partnership (RCEP).3
The TPP – which was signed in 2016 by Australia, Brunei, Chile, New Zealand, Peru, Singapore, Vietnam, Japan and Malaysia, on the Asia-Pacific side – says that members can continue to exclude plants and animals from their patent laws, as the WTO allows, but they must join UPOV 91 and they must provide patent protection for inventions “derived from plants”.4 While this is bad enough, the governments of Thailand, Philippines and Indonesia have expressed interest in joining this trade deal as well.
The RCEP is still under negotiation. Leaked negotiating texts from 2014 and 2015 showed Japan and South Korea advocating hardest for a deal that would oblige signatories to join UPOV. In Asia, only Australia, China, Japan, New Zealand, South Korea, Singapore and Vietnam are members of UPOV. So this would have meant that India and eight other countries of Southeast Asian would have to follow suit and eliminate or severely restrict farmers’ rights to save, produce and exchange seeds. Such was the resistance and pressure from farmers’ organisations and civil society groups that this provision was recently dropped from the negotiating text.5 Shortly after, India withdrew from the talks altogether.
This leaves a brewing backdrop of bilateral trade deals where UPOV is bound to be pushed. This especially concerns deals involving European governments like the European Union, the post-Brexit United Kingdom and the European Free Trade Association. We also expect new trade talks led by the US to emerge very soon with both the Philippines and India. So what is the current situation on the ground as countries are pressured to join UPOV and put an end to farm-saved seeds?
China
According to China’s sixth national census of 2010, half the total population resides in the rural areas. The country has a rich history of seed-saving and replanting farm-saved seeds. However with increasing industrialisation of agriculture and the promotion of hybrids, traditional varieties have largely been replaced by commercial seeds. China is the world’s largest seed market with roughly 12.5 million tonnes of seeds planted annually.
Under the country’s first plant variety protection regulation of 1997, China allows farmers to save and re-use protected varieties, without paying royalties, as long as it’s on their own farms. This means that farmers cannot exchange or sell these seeds. In 2013, the plant variety protection regulation was amended, with few changes. In 2015, China’s broader seed law was revised and now incorporates the 2013 plant variety protection regulation.6
In 1999, China became a member of UPOV, adhering to the 1978 convention. But since the new seed law came into effect, China has been under pressure to upgrade to UPOV 1991 from seed companies.7 At the same time, several of the world’s top seed companies merged, including ChemChina buying Syngenta, the world’s third biggest seed company. Rarely has China witnessed open opposition to a state sponsored corporate strategy, but this merger was opposed by hundreds of people who believed that the deal would lead to genetically modified crops being sown across the country, undermining Chinese agriculture and food security.8 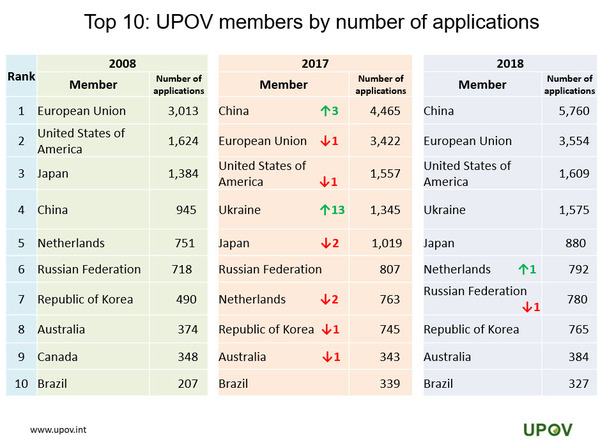 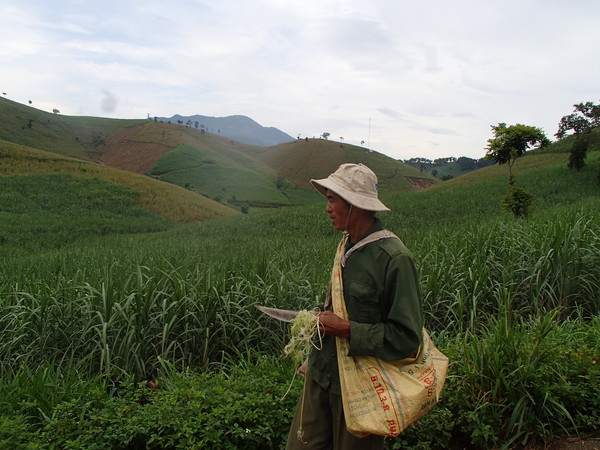