In Indonesia, traditional markets are said to have existed since the Kutai Kertanegara kingdom in the fifth century. These markets saw their origins in the bartering system of everyday goods established by local people with Chinese sailors. Since then, traditional markets have been key in advancing the people's economy, standing as miniatures of the social, cultural and political life of local communities. Women play a significant role in the development of traditional markets and occupy central roles in their structures – from buyers to sellers, to producers who supply goods to the market. 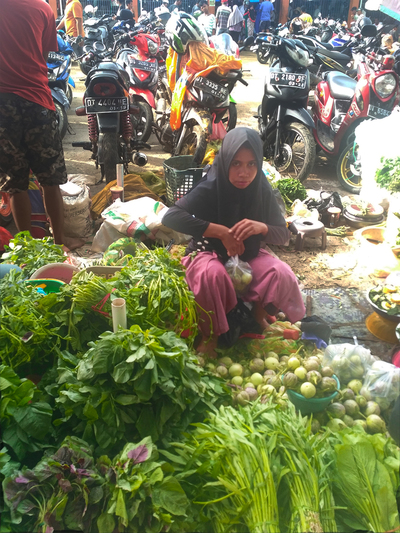 Stamford Raffles documented this in his famous book “History of Java”. He described how, in the Javanese culture, only women went to and did activities in the market. According to Raffles, men had weaker capacity in financial management, therefore it was women who played the role of regulating household expenditure. In another book, “Southeast Asia in Trade Time 1450-1680”, Anthony Reid also wrote about the role of women in traditional markets. He quoted a commander of the Portuguese fleet who described how women in commerce in the Maluku islands acted as sellers and buyers, and developed a bargaining culture in the early days of colonialism in Indonesia. That role has practically remained unchanged until now. Today, women have an even greater control over the sustainability of traditional markets. They determine the price, the type of goods that are sold, to where the goods will be distributed, and much more.
Although there are no definite figures, there is a majority of women in traditional markets. From the lowest to the highest, women are present in all layers of the market structure. There are even women producers who market their products to the market sellers. This is in contrast with men, who are less present in traditional markets and act more as labour providers.

It is clear that the proliferation of modern markets constitutes a threat particularly for women and for the people’s economy in general. For example, there are little or no human interactions in modern markets. This is contributing to uprooting communities from their cultural traditions and replacing those with an individualistic lifestyle which is alien to the local culture. Historically, the culture of Indonesia has been predominantly oral. Local knowledge and traditions have been passed through word of mouth, with many human interactions occurring in traditional markets. 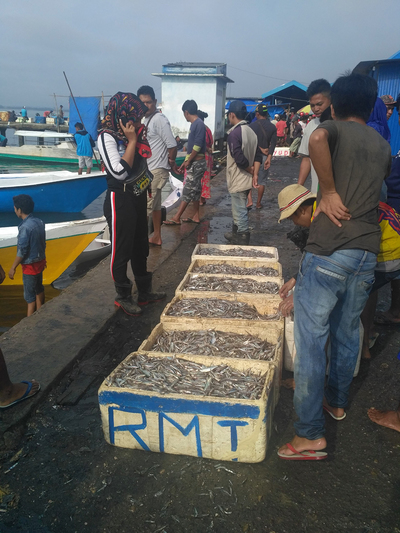 And again, the role of women cannot be underestimated in this process. In fact, it should also be protected. Modern markets are contributing to the wiping out of local knowledge and traditions, including traditions that depart from women's experience like local food production and traditional medicines.In the midst of globalization and consumerism, modern markets have certainly gained a central place so their development is prioritized. Evidence shows the swift growth of modern markets. According to a study by AC Nielsen in 2007, the number of traditional markets in Indonesia shrunk by 8% per year, while modern markets grew by 31.4%. Furthermore, 3,800 traditional markets in various regions of Indonesia were shut down in the 2007-2011 period (Ministry of Trade, 2011). They were converted into modern markets which, in turn, were monopolized by giant retail companies and other companies.
Not to mention that traditional markets are also beginning to be abandoned because of the massive presence of mini-markets or convenience stores that are closer to consumers and spread pervasively. Looking at the trends in modern market development, the number of traditional markets going out of business is likely to escalate in 2019. 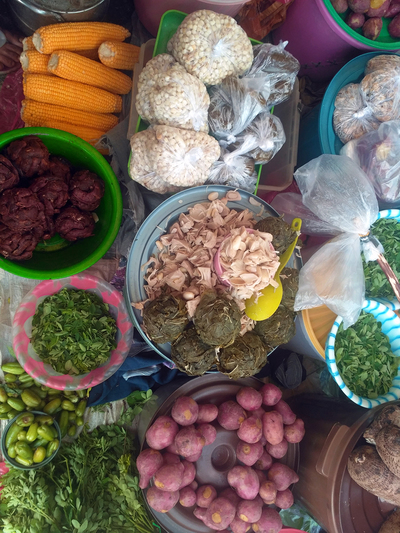 The fight for space between traditional and modern markets is something unavoidable. The government is not unaware of the importance of traditional markets and their key role as economic powerhouses. However, it does not show its support often, despite it holds the political power to do so. The livelihoods of tens of millions of people, including women, depend on traditional markets. Women, who also play the critical role of family care-giving, are the most vulnerable to poverty if they lose their livelihood.To tackle this problem, serious affirmative steps by the government are needed. Regulating and limiting the construction of modern markets must begin immediately. In addition, the government needs to improve the conditions in which traditional markets exist and help them attract consumers. These efforts will only be successful if they actively involve all actors in traditional markets, including women.
Article and photos by Suci Fitriah Tanjung ([email protected])
Solidaritas Perempuan, Indonesia
This article was originally posted in Supermarket Watch Asia Bulletin n.13 (February 2019). Follow this link to subscribe.