GRAIN is heartbroken to announce the passing of our brother, comrade and colleague, Carlos Vicente. On 14 March 2022, Carlos Vicente, GRAIN Latin America staff member for more than 20 years, laid down to take a rest and didn't wake up. We are profoundly sad, but deeply grateful for all that Carlos shared with us and the immense contributions he made to GRAIN and to the issues we are dedicated to. Carlos has been described by some people as a man-tree, or a tree-man, a person who could embrace you and soothe you with the shade and freshness of his words. For sure he was and is a beacon, a great human being and an unwavering militant of peasant and ecological struggles. All this made his presence in our world something exceptional.
Carlos joined GRAIN in early 2001. At the time, he was active in work with medicinal plants in Rosario, Argentina, and was connected to various groups we were building networks with on agroecology, peasants' rights and food sovereignty.
He also had a history of political activism fighting the dictatorship in Argentina. By the time Carlos jumped into our work against the corporate take-over of seeds, he had already been playing a key role in the production of the magazine Biodiversidad. He understood the magazine was a tool to link organisations and movements and he used it as a basis for a strong region-wide coalition– the Alianza Biodiversidad. His vibrancy, affection and fraternal energy, made movement-building look easy. Carlos was a true weaver of unity.
Under Carlos' leadership, the Biodiversidad magazine evolved into a solid vehicle for social movement perspectives and activism on biodiversity in Latin America and beyond. Its contents focus on how communities care for biodiversity and the defence of their territories and subsistence, their food sovereignty, what it means for them, who is destroying it, and why and how to fight back. The magazine became unique in how communities themselves contributed to it, used it and felt it was their own.
The Alianza Biodiversidad, became a strong political platform in Latin America on all issues around biodiversity: seeds, patenting, GMOs, indigenous knowledge systems, youth, elderly, health, free trade agreements, alternative economies and much much more. While he kept in the background, Carlos was the day to day engine of this platform.
Carlos was instrumental in building bilaterals.org and farmlandgrab.org and, through Acción por la Biodiversidad (an Argentina-based NGO he co-founded), he helped create biodiversidadla.org, which became a major information tool in Latin America. He had a real knack for selecting key information and getting it to the right people, thus shaping collective action. He also had a deep and clear understanding of the issues, and worked relentlessly to communicate information and analysis to social movements and the wider public in numerous ways– workshops, radio, books, videos, social media, etc. 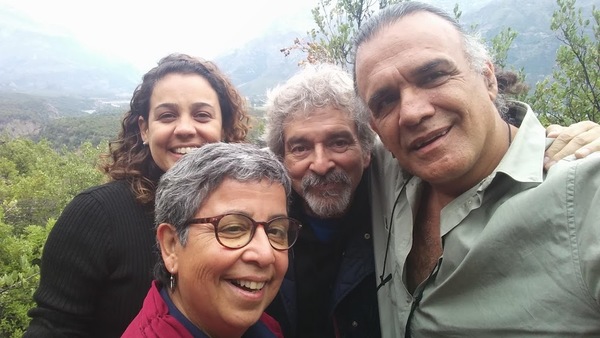 Carlos and colleagues from Latin America
Carlos did a lot of invaluable work in support of the Coordinadora Latinoamericana de Organizaciones del Campo (CLOC), the Latin American Coordination that is part of La Vía Campesina. It's no secret that CLOC and La Vía Campesina were the most important social movements to Carlos. As GRAIN, he was very much in political sync with CLOC. Through this work, Carlos brought GRAIN into close alliance with CLOC and its members like ANAMURI, MNCI and others.
Within GRAIN, Carlos was cherished for his strong political sense and great ability to cut through the noise and get us to the clear essence of issues or decision-making, especially on actions we needed to take – including working on anti-patriarchy and strategies of communication and building links among organisations. In that sense, he was a valued and trusted voice inside our collective. His deep and wise presence amplified the lights of those around him. He made us better versions of ourselves and was a role model to younger staff.
He had a deep sense of history, but was also forward-looking and set in motion various, important transition processes in the organisations he was part of.
But Carlos was also much more. He was passionate for life, for travel and for people. To those of us who knew him close, he was a brother. He was warmth and life. 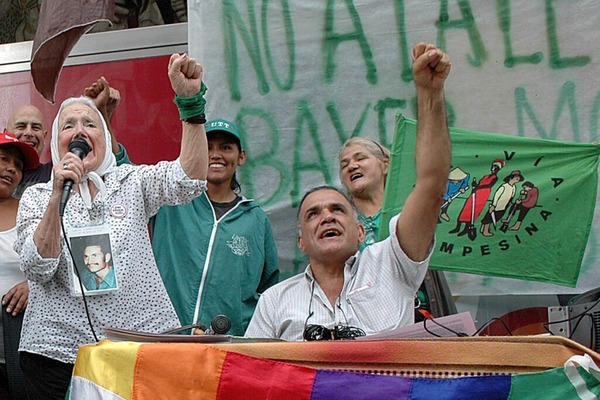 At age 64, Carlos left us too soon, but we are forever grateful for his presence, his fine work and strong comradery. Always a pleasure to work with, always positive in spirit, Carlos shaped GRAIN and left his indelible mark on us.

We embrace Ingrid, Lucía, Ailín, Juanfri and all his family and friends. May we all take comfort in knowing that Carlos had a great impact on so many different peoples' struggles, which he knew at their root, to be one and the same. He transcends and becomes seeds, because there are countless peoples, struggles, organisations, territories, communities, fields and rivers where he has been a seed of life, of effort, of initiative, of support, of welcome. His legacy lives on in the schools of agroecology and social movements across Latin America and across the world.
Tributes to Carlos from across Latin America: 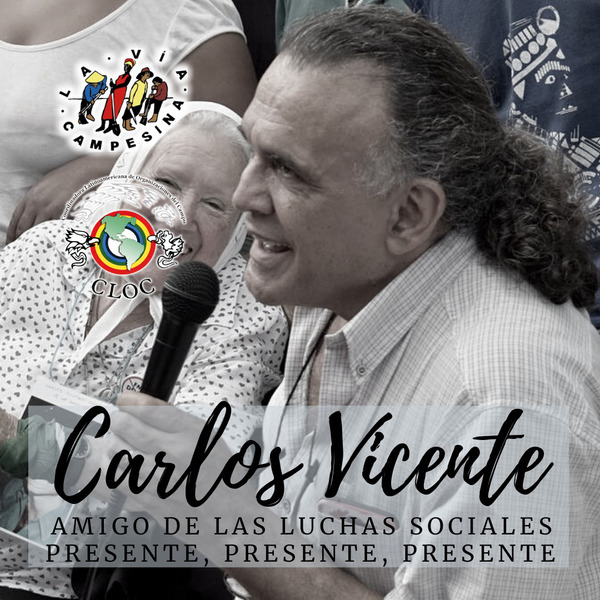 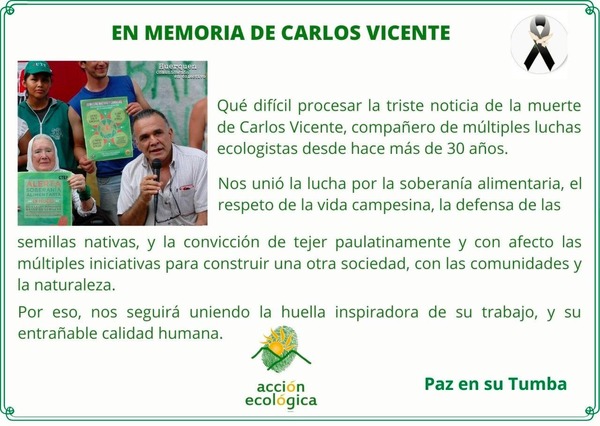 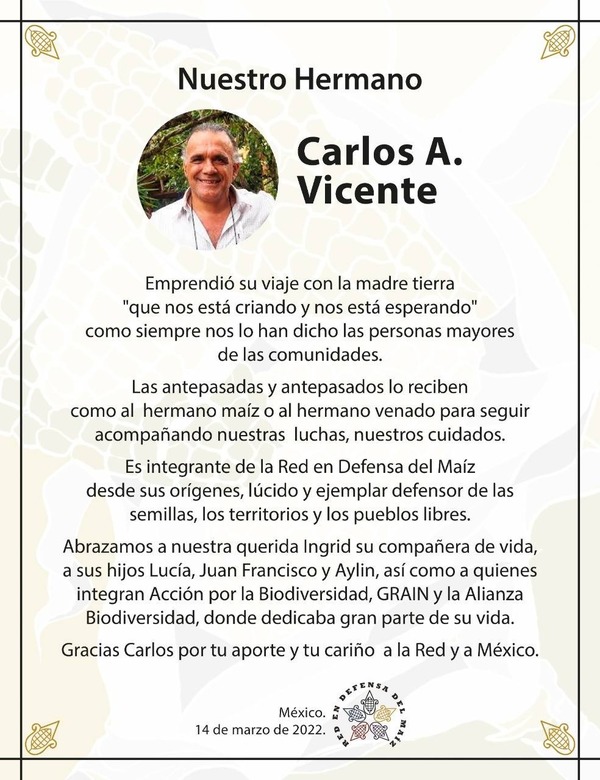 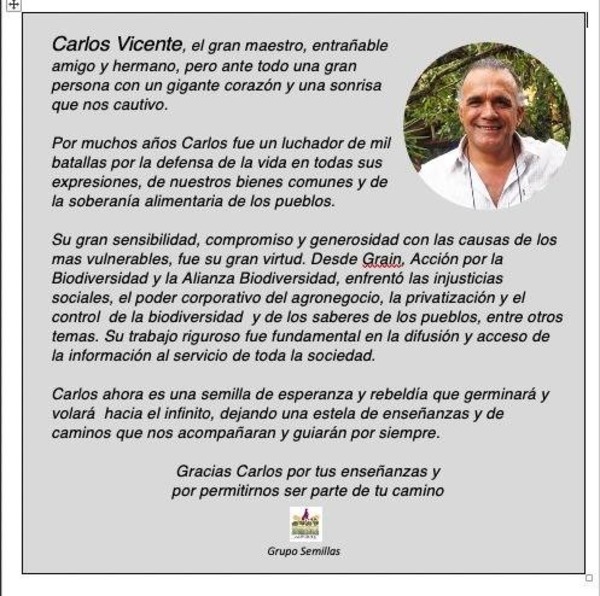 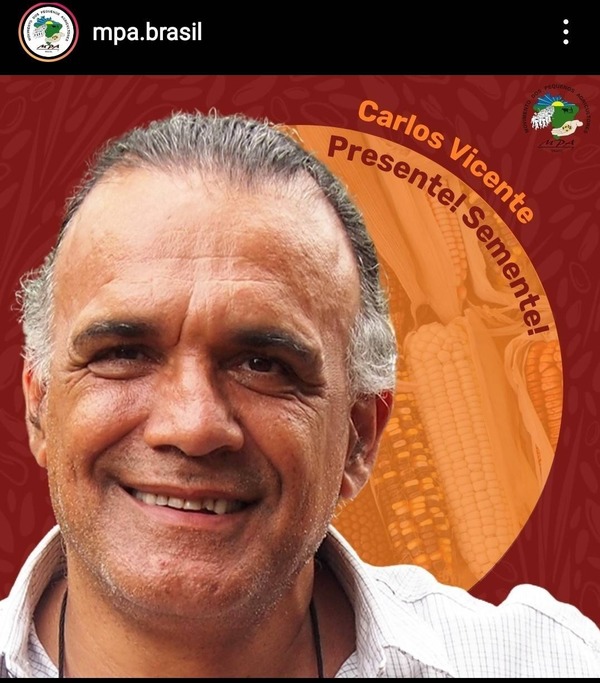 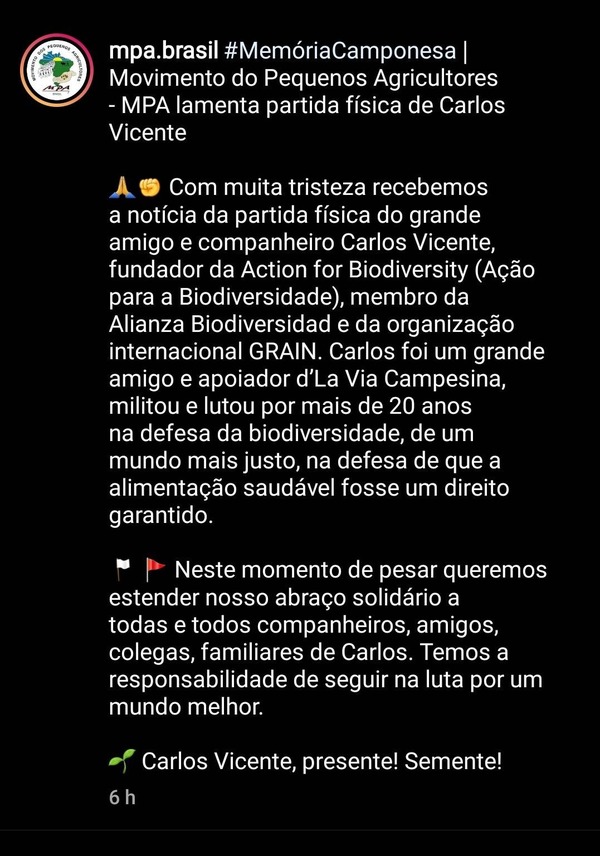 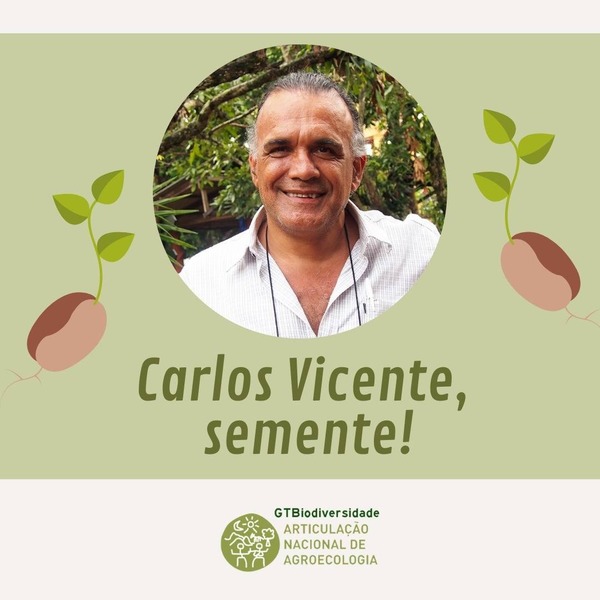