An excellent new report from Polaris and the Oakland institute on the impact of landgrabbing on water use in Africa. 'If all the 40 million hectares of land that were acquired on the continent in 2009 come under cultivation, a staggering volume of water would be required for irrigation (…) approximately twice the volume of water that was used for agriculture in all of Africa in 2005'. 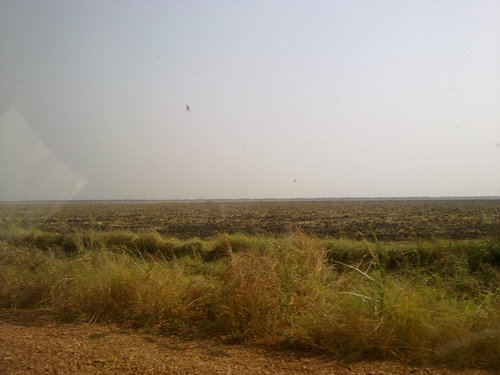 The report looks into the implications of landgrabbing for the fragile Niger, Nile and Omo river systems. It documents, for example, how the government of Mali, which has already granted over half a million hectares of land concessions to large investors, now plans to increase irrigation of land on the shores of the Niger river from 100,000 hectare to one or two million hectares. 'this level of water withdrawal would only exacerbate the fragile river whose level has dropped about 30% in the past 30 years.' Millions of people depend on the river for their lives and livelihoods.

Over in Ethiopia, the government is massively leasing land to foreign investors and is planning to put 3.6 million hectares of land under  irrigation. This would amount to a ninefold increase of the country's total water use for agriculture in 2002. What these massive withdrawal of water from the Nile will mean for people living further downstream in Sudan and Egypt is anybody's guess and is already fuel for political tension between the countries. Similarly, the damming of the Omo river further North, for electricity and irrigation of a planned massive 245,000 ha. sugar cane plantation, is raising serious concerns about its impact on the river and on the half a million indigenous people that rely on the waters and adjacent lands of the Omo River.

'Landgrabs leave Africa thirsty' Worth the read. You can download the full report here.