by GRAIN | 10 Dec 2021
Supermarket Asia bulletin #24 - December 2021
Editorial
Ending violence against women street vendors and market traders
On November 25, the world marked International Day for the Elimination of Violence Against Women. For this occasion, we want to highlight the vulnerability that women street vendors and market traders endure, both physically and economically, and resound the call to end violence against them.
Street and market trading are generally greater sources of employment for women than for men. According to data from the organization WIEGO (Women in Informal Economy Globalizing and Organising), 4 per cent of women in urban employment in India are street vendors and market traders; in Thailand 4 per cent of women in urban employment are market traders, while 3 per cent are street vendors. The numbers go as high as almost 40 per cent in places like Ghana. From selling fruits and vegetables to selling prepared meals, these women provide a source of income to their households and generate revenue for their cities through payments for licenses and permits, fees and certain types of taxes.
However, despite their essential role in society, women street vendors and market traders are part of the informal economy, and as such, lack social protection from the State. An article in The Guardian presents staggering figures: 92 per cent of women workers in developing countries are informally employed. The economic vulnerability this entails is high, but for women street vendors and market traders, it is particularly severe. Their low income makes it almost impossible for them to overcome the poverty and violence arising from their economic status.
From lack of toilets to harassment and heavy load-induced physical injury, the list is long for what women in this sector are exposed to. The Covid-19 crisis has also given governments the long-awaited pretext to crack down on informal vendors, regardless that women working in the informal sector provide essential services to their families and communities.
Women market traders and street vendors, shouldn’t have to face this fear and vulnerability, nor should any woman for that matter. It is important we continue taking action to ensure it.
Head banner: Photo Harian Jogja; Buruh Panggul Pasar
Across the Region
Building food sovereignty from a wholesale market 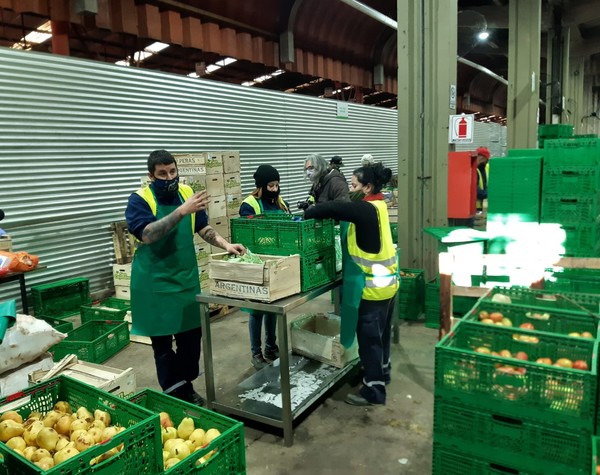 Mercado Central Buenos Aires
Last October, local food sovereignty action groups in Barcelona received a visit from Argentina: Nahuel Levaggi, Coordinator of the Union of Land Workers - UTT (Unión de Trabajadores de la Tierra), a collective made-up of 25,000 food-producing families. Nahuel is also President of Greater Buenos Aires’ Central Market. This dual position he holds, bringing together food production and distribution, is what makes his view so unique and what made our conversation with him so interesting, even more so given our current international isolation.
Nahuel’s views, of a reality predominant in the Global South -and the world for that matter- confronted and unsettled the European audience. As if someone had finally dared to tell the Emperor that his New Clothes were an illusion. The fights for food sovereignty in Europe and South America were put next to each other and the contrast was profound. In a country with half of the population living in precarious conditions and exposed to famine, fighting for food sovereignty for the UTT in Argentina means addressing an issue of major daily concern. This could help explain the constant young recruits of the organisation (30 is the average militant member age in the UTT vs 60 years for farmer organisations in Europe) and their capacity to mobilise people in the streets and carry out direct actions. By contrast, in Europe, the fight for food sovereignty seemed full of words and few actions.
Today the UTT consist of 25,000 food-producing families that established a network of food agroecological production and self-sufficiency. Yet, they were only 400 families five years ago. Their expansion can be attributed to clever strategies of strikes, calling-out abuse, mobilising, demonstrations and direct action. The ultimate intention is to give the market a “slap in the face”, which is done by making agroecology food products available at reasonable prices (feriazos), and distributing food for free: verdurazos (vegetables) and corderazos (lamb). Massive direct deliveries of food are carried out to denounce the speculation behind the dollarised pricing of food, unaffordable for the population, and in the process they give visibility to the thousands of women and men farmers, breadwinners, bodies with rights, behind the lettuce, tomato and lamb on the plate. These actions are what has made the UTT an organisation loved by society. And as the repression against them has increased, so has their notoriety and their affection from a hungry population. As they say in the UTT: "in the face of hunger, the stick or the lettuce. You choose".
These direct actions show the social function of food producers, who have a fundamental role in society, and that gives them enormous power, the power to feed. And that power the UTT wants to roll out for real societal transformation, not for electoral speculation.
It is in this context that the UTT accepted the offer to direct the Central Market of Buenos Aires. The approach of the UTT in assuming this responsibility has always been the same: to win the battle against agribusiness on all fronts. And one of the most critical fronts is that of the cultural battle. Agribusiness presents the current industrial food system as the only viable alternative. Even the discussion on the sustainability of the industrial food production model and its impacts is dismissed. But the current production model is everyone's problem, both due to its inability to supply sufficiently to the entire population and because of its contribution to climate change. And this is where UTT comes in with a clear message: we want access to healthy food at affordable prices for the working class. This is what the UTT calls healthy, safe and sovereign food.
On the economic front, UTT’s producers gather in an assembly to outline the monetary value of their work and decide on prices for the next six months. These agreed prices are then shared all over the country, and are thus omnipresent in any negotiation happening along the food chain. At the same time, these collectively agreed prices, triple what producers get in the regular wholesale market. Therefore, they are a fundamental tool in attaining affordable prices for the population and fair prices for the food producers.
Access to the Central Market has made it possible to amplify what were previously only alternative self-sufficiency strategies. This has given UTT the leverage to tackle the comprehensive transformation of the food production model. The strategies put into practice for this fight include: reporting the impacts of the agribusiness model; showing agroecological alternatives; and popular mobilisation and direct actions.
The common thread is food. And it has been weaved with much creativity in the effort to converge movements. It is about enhancing struggles and proposals on how to reach an apathetic citizenship: multiply, convince and transform them.
UTT’s entry into the management of the Central Market has also led to a revolution at the internal level - especially for those for whom scavenging through food waste was their only means of survival. They have now been employed by the market. They are carrying out a similar task, but in a much better organised way: after a bromatological control, these foods are sent to six hundred community kitchens. What is not used is composted. In addition, these people, who until recently were excluded from the system, now have access to health services, hot meals and even schools, which have been organised to improve literacy.
In this campaign to win hearts and mind, traditional producers are also targeted. The Central Market has an Agroecology Promotion Program to transition from the agro-industrial model to the agroecological one. The enemy is the model, and the UTT does not seek to confront but to convince to transform it.
For further information on UTT (in Spanish): https://uniondetrabajadoresdelatierra.com.ar/
Beyond the farmgate: Unlocking the path to farmer-focused supply chains and climate-friendly, agroecological food systems 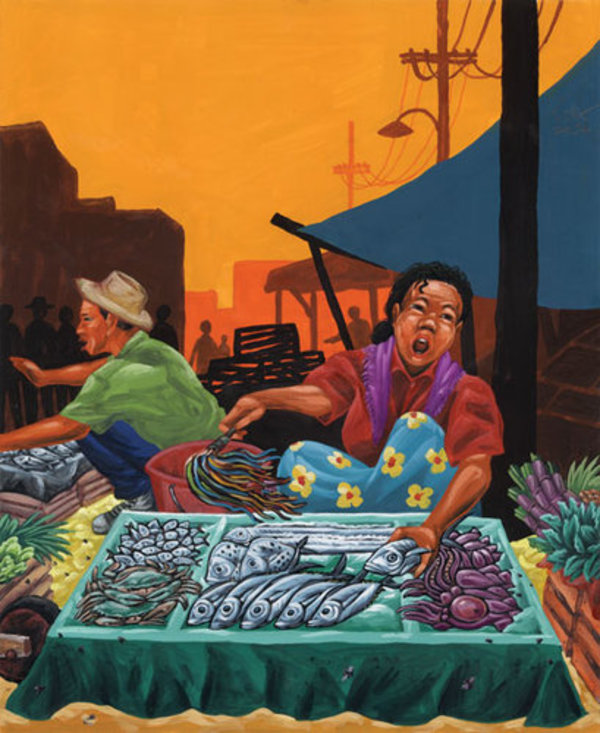