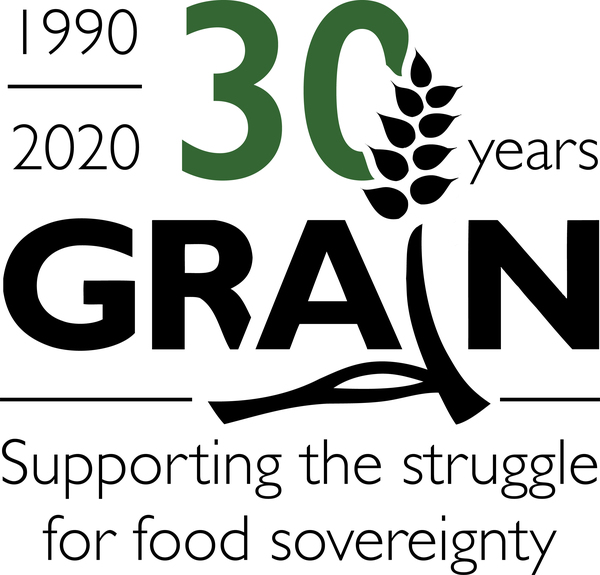 Thirty years ago, on 16 March 1990, an idea became an organisation. It was the day that co-founders Henk Hobbelink and Renée Vellvé, flanked by six committed seed activists who became the organisation’s first Board of directors, officially signed GRAIN into existence in front of a notary in Barcelona, Spain. 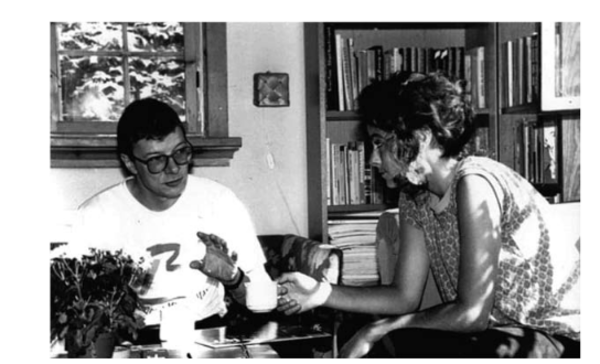 Henk and Renée laying the groundwork for GRAIN (1988) Initially, GRAIN focused on raising awareness and action about the loss of biodiversity on farmers’ fields around the world, as traditional seeds and knowledge about them were being wiped out by a wave of new, uniform varieties developed and promoted by international research institutes and the agrochemical industry. Much of our early work focused on educational and lobbying activities, especially around the intergovernmental fora in Rome, Geneva and Brussels. But we also did a lot of network building with groups and organisations on the ground, building alliances and collective work.

Over time, GRAIN expanded its programme to include the wider corporate takeover and financialisation of our global food system, the new wave of agricultural land grabbing and the causal link between the industrial food system and the climate crisis. In the process, we grew from an initial team of two in Europe to a diverse and well-grounded international collective of 14 staff today, very much anchored in the global South. 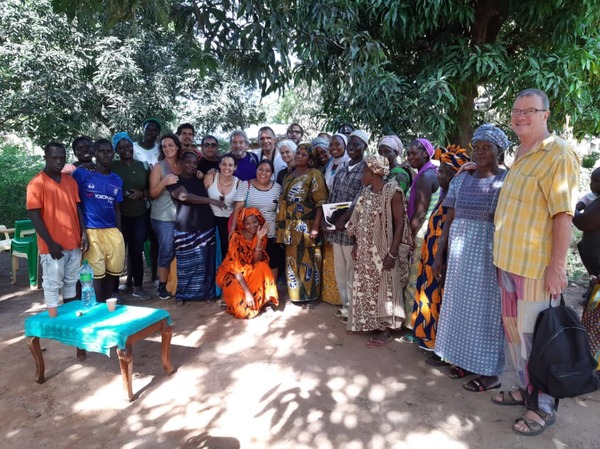 GRAIN has come to see itself as serving as the backstage to the frontlines. Our day-to-day work is very much about monitoring trends, crunching numbers, uncovering patterns, sharing ideas and developing strategy with partners with a constant view to strengthening local actors leading the fight against the corporate takeover of their food, land, seeds and livelihoods. In that sense, our role is to support and accompany movements.

As we mark our 30th anniversary, we honor the accomplishments and relationships we have cultivated over the past three decades. While our principles and politics have largely remained unchanged over these years, the crisis affecting farmers and our food system has grown more critical, making the work of groups like ours more relevant.

Over the coming months, we will share some reflections and ideas about key things we have learned over the 30 years of GRAIN’s work in different formats – a video, some writings and hopefully an online public meeting. If you have thoughts or ideas you would like to contribute to this process, please do so - we would be glad to hear from you. 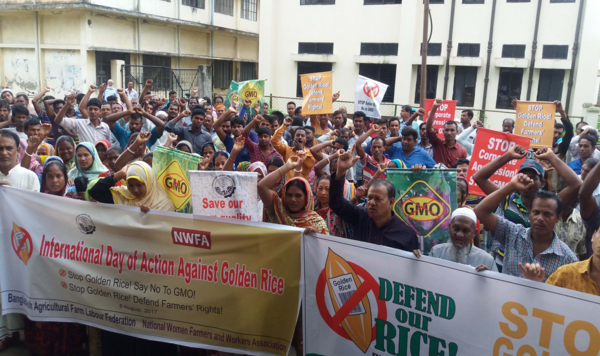 Protest on the Global Day of Action against Golden Rice in Gazipur, Bangladesh, (8 August 2018)

If you want to stay informed of GRAIN’s analysis and activism in the global food system, make sure to sign up for our New from GRAIN mailing list.
And, if you are inspired, as we are, to continue supporting the struggle for food sovereignty, consider making a donation to sustain our work.

GRAIN’s 30th anniversary is an important moment to acknowledge and share our deep gratitude to all those who have played a role in GRAIN over these years. That means all the fantastic folk who have been part of the staff, our rotating Board, our pool of freelance translators, editors, web developers and designers, not to mention the occasional volunteers and interns who have also shared their skills and passion with GRAIN and continue to do so. We are so appreciative of your dedication and excellent work, and take this opportunity to salute you all. You know who you are.