by GRAIN | 17 May 2019
In March 2019, a meeting dedicated to "digital justice" co-organised by Just Net Coalition, Our World is Not For Sale (OWINFS) and Focus on the Global South was held in Bangkok, Thailand. GRAIN participated with around sixty activists, researchers and academics from around the world. The meeting aimed to start a cross-sectoral movement dialogue on the digital justice agenda, to see areas where digital activists could work together and support ongoing work on social issues, in various sectors including agriculture and the food supply chain.
Digitalisation of agriculture and food distribution is a fast growing industry that needs to be better understood – both in its positive and negative aspects. From IBM to Amazon, digital giants are increasingly investing in agriculture and the food industry, and they are quickly reaping profits. Governments are struggling to figure out the best way to regulate or not regulate it.
These agritech and e-commerce companies also bring with them fast-changing technology to ensure that they’ll be on top of the competition. Take the example of Alibaba Cloud, the technological arm of Alibaba Groups. Faced with concerns around food safety and health hazards in online food distribution, Alibaba Cloud is developing artificial intelligence in search for food safety solutions. IBM Food Trust – a food system blockchain – is exploring ways to improve food traceability to help uncover food fraud along the supply chain. But with trade agreements designed to back up this growing industry, the question remains on how to ensure that small food producers, informal traders and local markets are not swept away as a collateral damage of the hyper-competition between e-commerce, retail trade and agritech.
When it comes to food distribution, 30 global supermarket chains already control a third of the global retail food market, taking a huge share of the market of the food that the people around the world eat. Combine that with e-commerce or grocery e-retail and the corporate control is even more concentrated. There are only a handful of companies who control regional and even global supply chains, with WalMart, Alibaba and Amazon at the top of the chain (see Top e-commerce companies move into retail). So where’s the space for small farmers and traders?
This of course brings new challenges to the small farmers and traders, especially when their “competitors” are invisible and able to deliver produces from anywhere around the world to the doorstep of the consumers. Thus, it calls for new collaboration between farmers, vendors, consumers, with digital activists and technology experts, to see what’s best to do with these challenges. At the same time, the global evolution towards digitalisation is unavoidable and this poses another question. In what ways could these digital developments potentially turn useful or benefit small farmers, street vendors and informal traders?
In this edition of Supermarket watch Asia, articles from IT for Change reflect on how the existing dominant digital platform will not work for women in the global South whose sources of livelihood are wholly dependent on the informal economy. This is the case in many Asian countries, where women are very much present and actively engaged in traditional food markets. Lastly, the bulletin includes an interview with GRAIN and INRA exploring whether the steamroller effect of supermarkets has the same impacts in the global North and South; and how this model is attempting to reinvent itself in different parts of the world.
ACROSS THE REGION
Why the dominant digital trade will not work for women in the global South 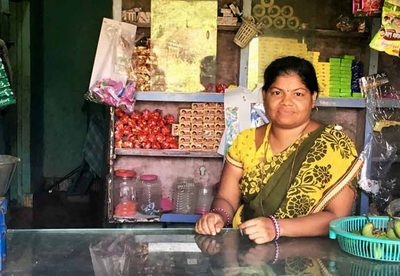